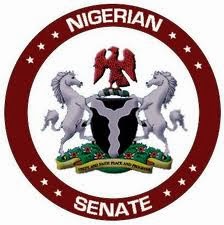 I was really excited when I got information that the Senate yesterday advocated for stiffer punishment on perpetrators of sexual assault as the Sexual Offence Bill, which was sponsored by Senator Chris Anyanwu passed the second reading.

This is a great step in the right direction and it’s great to see that some senators see the need to enact a law that will deal with sexual violence in Nigeria. In her remarks, senator Anyanwu, said her bill spoke volume of the high rate of immorality in the society and demanded the creation of a unit within the Nigerian Police Force (that will hopefully function) where trained professionals would ensure the preservation of the rights of humanity. She urged the Senate to support the passage of the law to protect women.

Anyanwu noted that there were punishments stipulated in the penal code of states in the federation but said the deficiency in enforcing such laws are being corrected in her bill; including the protection of witnesses and stigmatisation of victims. This is a section that really needed attention and we are glad it is receiving it.

She stated that the establishment of a section of the police force, manned by well trained investigators, who would handle the matters with passion, would reduce rape incidences to the minimum.

“The children and young people of this country, both male and female today face a growing danger as they are being routinely targeted by sexual predators and pedophiles that take advantage of their vulnerability and innocence, etching on their psyche, scars that last a lifetime,” Anyawu said.

“What is most disturbing is that a growing number of these crimes are happening in schools and religious environments.”

She also lamented that some cases of sexual abuses like gang rape, sexual tourism, sexual harassment and non disclosure of conviction of sexual offences among others, being committed in Nigeria today, were not provided for in the country’s jurisprudence. Anyawu said all the offences had been criminalised with adequate punishment in the bill, while it also provides compulsory documentation, supervision of sexual offenders and the medical treatment for victims as obtainable in developed countries.

Senator Abdul Ningi said the bill had been able to adequately protect the rights of women and punishment for sex offenders, which must be commensurate with the offence.
0 Likes