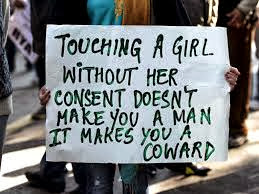 My name is “Courage” and I am 20 years old. I am a rape survivor and this is my story. In January 2012, I felt the biggest change was coming into my life, hmm… I was right but not as I presumed. My ‘ex’ uncle (as I would refer to him now) arrived in Nigeria and wanted me to travel abroad with him so I could further my education, to be honest, my mum was extremely sceptical about me going with him because she was trying to protect me from being abused (generally), my family and I later considered that I could go with him basically because he was staying with his wife and 5 years old son.