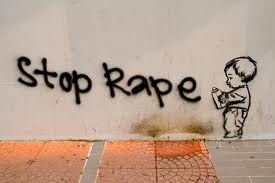 Okay, I’m just perplexed! Guys was he going back to say hello to his grandmother in the spirit? I mean what values do men have? Is it out fault as mothers that we didn’t train them well or is it the society’s fault for allowing such a vice grow tremendously? What do you think? Read more…

The Vanguard reports that an Ado-Ekiti Chief Magistrates’ Court on Monday ordered the remand of a 45-year-old man, Lawrence Adedapo, in prison for alleged rape of a 75-year-old woman.

Chief Magistrate Simeon Ojo, who gave the order in his ruling, decried the alarming cases of rape in the state.
“It is high time the court made offenders to learn their lesson by keeping them in custody,’’ he said.
Ojo adjourned the case to Dec.16, for further hearing.
The Police Prosecutor, Mr David Erinma, told the court that the accused committed the offence on Nov.7 at Oke Erinmope Street, Ise-Ekiti in Ise-Orun Local Government Area.
Erinma told the court that the accused unlawfully had carnal knowledge the septuagenarian woman, which led to her severe bleeding.
The prosecutor said the offence contravened Section 355 of the Criminal Code.
No plea was taken.
0 Likes