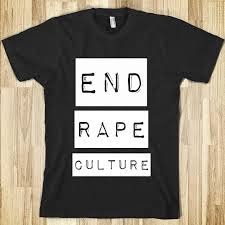 Osun State is now the reigning state with the most rape cases this year. A report just reached us that, a 26-year-old man, Rafiu Idowu, is being detained by the Osun State Police Command for allegedly killing his 10-year-old cousin, Tawa Bilawu, after he allegedly raped her.

Idowu who confessed to have committed the offence, said the victim lured him into raping her when she paid a visit to him at his family residence at Ile-Ogbo in Ayedire Local Government Area of the state.

The Police Public Relations Officer, PPRO, for the state Police Command, Mrs Folashade Odoro, said the suspect, who is currently in Police custody, was arrested by a team of detectives from the State Criminal Investigations Department, SCID, led by the Assistant Commissioner of Police, Mr Mohammed Jimoh.

According to the PPRO, the suspect who recently returned to the state from Lagos also smokes indian hemp.

The police claimed the suspect admitted that the deceased was his relative who pays him regular visit at his residence, adding that the late Bilawu was known to every member of his family.

The suspect said: “Tawa Bilawu met me at the passage of my house when she came to visit me on that fateful day. I asked her where she was going and she said somebody sent her somewhere but she decided to check on me.

“Bilawu later dragged me into my room where she removed my trousers and both of us went on bed. Then, Bilawu put my penis into her private part and started shouting. I then asked her the reason for the alarm.

“The alarm raised by Bilawu was after two minutes of sexual intercourse between us. When she started shouting, I got hold of her neck and nose and pressed them till she died.”

He admitted that the late Bilawu never had intercourse with him prior to the one that led to her death.

The state Commissioner of Police, Mrs Dorothy Gimba, has however directed that the case be investigated and the suspect arraigned.