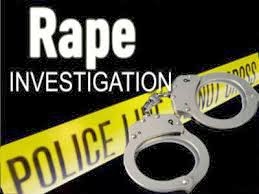 Can we gladly say our justice system is serving the right punishment to rapists??? Are you satisfied with the justice served? Let us know your thoughts.

Joseph was charged with criminal force, assault, theft and an attempt to commit rape.
The presiding officer of the court, Mallam Alhassan Kusherki, passed the sentence on Joseph after he pleaded guilty to the three counts.
Prosecutor, Corporal Momoh Ibrahim, told the court that the complainant, Jamila Musa of Kano State, on November 30, 2013, reported the case at Zuba Police Station.
The prosecutor said Musa reported that Joseph stopped her at Zuba while she was on her way to Abuja,  beat her up and made away with her N2,100 in cash and her Nokia phone valued N4, 000.  He said that but for the timely intervention of some good Samaritans Joseph would have succeeded in raping her.
The prosecutor said that the said money and phone were recovered from the convict during police investigation.
0 Likes