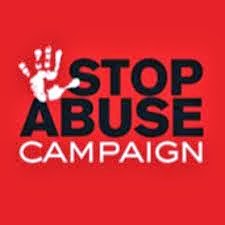 Rape cases are getting crazier by the day. So we have been reporting cases of father/daughter, uncle/niece and so many others, this is different. It seems landlords now want to join the “league of rapists.” This isn’t funny anymore. These people have no sense of respect or regard for girls/women. Is it that this man wants to collect his tenancy fee on this girl or what? We just don’t understand what is going on. Read more…

We got a report that, a 42-year-old landlord has been arrested by police detectives from Igando Police Station for allegedly defiling a 10-year-old daughter of his tenant, Lagos, southwest Nigeria.

The suspect, identified as Taiwo Bakare, who is also an electrician from Oyo State, lured the girl, (name withheld) to his parlour with sweets where he allegedly committed the act.
The incident occurred on 10 November at 45, Unity Road in Egan, Lagos, where Bakare allegedly fingered the girl, after giving her sweets.

He thereafter attempted to insert his manhood into the little girl’s private part when he was caught in the act.

Police sources at the station disclosed that nemesis caught up with the landlord when a tenant saw him and raised an alarm, which attracted other tenants.

Police detectives were invited and they arrested the man and took him to their station.
The suspect, who claimed to be married and has four children, confessed that he has a high libido.

“My wife and children had all gone out when the devil took the better part of me and I had to lure the girl to my parlour in an attempt to have sex with her,” Taiwo confessed.

When the correspondent went to Igando Police Station to speak with Ben Osuji, a Chief Superintendent of Police and DPO in charge of the division, he was said to have gone to Igando/Ikotun Local Government Area for a weekly security meeting.

A senior police officer at the station confirmed the incident and said the suspect will soon be charged to court.

#BlogPost: She seduced me by Abimbola Abiola (@AbimbolaAbiolaa)