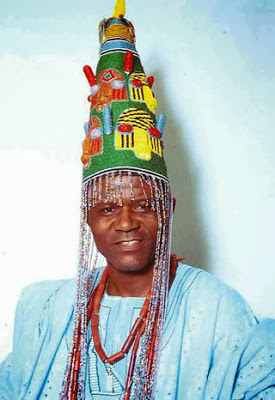 My people this one pass me ooo. I don’t know what song to sing to this situation. It’s preposterous. Please read and leave your comments, I need to know your thoughts on this. Thanks to our lovely readers for sending this to me on twitter.

Alowa of Ilowa-Ijesa in Obokun Local Government Area of Osun State, Oba Adebukola Alli, who had been standing trial over alleged rape of a former National Youth Service Corps, NYSC, member, Miss Helen Okpara for the past three years, yesterday, left the court premises a free man as Justice Oyejide Falola of an Osun State High Court sitting in Ikirun discharged and acquitted him.

Also, Justice Falola expressed displeasure on the attitude of the traditional ruler, saying that he had denigrated royalty by sleeping with a corps member serving in his domain.

The controversial case in which the ex-corps member had alleged that the monarch raped her at his private residence in Osogbo, had suffered long adjournment at both the Magistrate’s and High courts before it was eventually determined yesterday.

Okpara, a 23-year-old ex-corps member, who served at the monarch’s domain between 2010 and 2011, had alleged that the monarch forcefully had canal knowledge of her when he cunningly took her to his private residence located at Rasco area, Osogbo.

Delivering his judgment, Justice Falola said Miss Okpara failed to tender enough exhibits to convince the court beyond reasonable doubt that she was raped by Oba Alli.

He submitted that a case of rape can only be established with exhibits, which include the used bed sheet, the victim’s pants and a medical report which indicates forceful penetration, adding that the prosecutor failed to tender all these.

Citing the case of Corporal Nicholas versus the Nigerian Army, Justice Falola, in his over one hour judgment, stressed that a case of rape must be proved with injuries sustained on the private part and other parts of the body.

He said the court was not convinced that Miss Okpara sustained any injury on any part of her body and that the court was able to establish that both the monarch and the complainant had been having sexual relationship before a misunderstanding ensued between them.

Justice Falola said that from all evidences before the court, Miss Okpara was well known to everybody at both the palace and the private residence of the monarch.

He blamed the police for poor investigation of the matter, stressing that police failed to conduct proper and objective investigations into the matter.

According to him, the monarch had, through his action, taken royalty into the dunghill and brought disgrace to his family and the community he rules.

However, Falola noted that social and moral behaviours are not punishable under the laws of the land, and thereby declared that the monarch should be discharged and acquitted.

Reacting to the judgment, state counsel, Mr. Femi Adedokun, who also represented Okpara, said the state government would, upon advise by Attorney-General and Commissioner for Justice, appeal against the judgment.

Counsel to the monarch, Mr. Taofeeq Tewogbade, described the judgment as “God’s judgment, which came at the appointed time.”

Sex Education: Question of the Day!