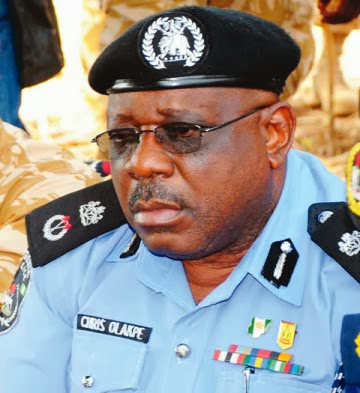 Not again! This goes to show that we have a lot to do in ending rape in Nigeria! How long will the justice system keep allowing this rapists back on the streets to keep doing this?

The Punch has reports that, the Plateau State Police Command has arrested five suspects for allegedly gang-raping a nine-year-old girl, (names withheld), in Jos.

The police also said they arrested a native doctor, Emmanuel Bala, for raping his 14-year-old patient.

They said another suspect was arrested for having a canal knowledge of a seven-year-old girl.
Speaking with journalists after parading the suspects in Jos on Wednesday, the state Commissioner of Police, Mr. Chris Olakpe, said the suspects had confessed to the crimes.

Davou was said to be at large. Davou and the five others, who are already in police custody, allegedly conspired among themselves and raped the girl. The underage girl was said to be their neighbour’s daughter.

According to Olakpe, three of the suspects – John, Adams and Musa – confessed to raping the girl at the same time, while Rapheal, Ibrahim and Davou were said to have raped the girl on different days.

Olakpe said the native doctor, Bala, who resides in Rima village in Riyom Local Government Area of the state, raped 14-year-old girl, who was his patient.

According to him, the victim alleged that the native doctor had been having sexual intercourse with her since she was taken to his house in August 2013. She said the native doctor made her to believe that sex was part of her treatment.

The CP said the victim later exposed the native doctor to his wife, a development which he said led to a fight between the couple. Olakpe added that the native doctor descended on her wife, inflicting serious injuries on her in the process.

Olakpe said the victim was admitted in the hospital and that the State Criminal Investigation Department had commenced investigation into the case.

On his part, Abdullahi Adams aged 31 allegedly lured another seven-year-old girl to his room, tied her hands, gagged her mouth and raped her several times.

Olakpe said the victim sustained injuries in her private part and that she was currently receiving treatment in an undisclosed hospital in Jos.