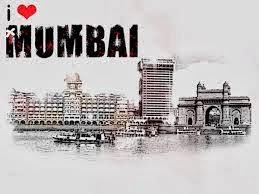 To help victims deal with the stigma of rape and sexual assault, the Municipal Corporation of Greater Mumbai (MCGM) and Centre for Enquiry into health and allied themes (CEHAT) set up Dilaasa in 2000. Run from two hospitals — Bandra’s Bhabha Hospital and Kurla’s Bhabha Hospital, Dilaasa follows a three-fold system in providing aid to victims. Besides offering medico-legal support and counselling services, Dilaasa trains health professionals on how to deal with victims of sexual assault.

Currently, Dilaasa counsels victims of domestic violence and sexual assault from Rajawadi, R N Cooper and Bhabha Hospital. The initiative has helped over 3,000 victims cope with the stigma of being sexually violated.

“The public hospitals methodically follow protocols while conducting a test on a rape victim. We realised there were serious shortcomings during the procedure of evidence collection. That is when we launched Dilaasa. Our aim is to train doctors to patiently ask victims questions which can help in collecting evidence against perpetrators,” said Dr Seema Malik, project director and head of secondary health care services in MCGM.

In 2012, one of the victims who sought counselling from Dilaasa was a 16-year-old girl. First mugged and then raped over a period of 72 hours, the girl managed to escape the perpetrators. During the counselling session, it took the teenager over two days to communicate with the counsellors. Most people around her refused to believe that she was raped and said she had consensual sex, the girl told her counsellors.

This is not an isolated case. Most victims of sexual assault face this stigma. Besides, if doctors fail to treat victims with sensitivity, they are traumatised further. According to National Crime Records Bureau (NCRB), 24,923 rape cases and 45,351 molestation were reported in India in 2012.

Culled from The Indian Express
0 Likes