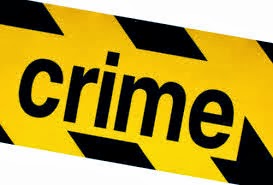 It was a Birthday celebration gone sour as tragedy struck at the university town of Nsukka, Enugu State, last weekend when unidentified gunmen raped a young girl, who was the celebrant and then shot her boyfriend in the head.

Vanguard reports that the incident occurred last Saturday. The young girl’s boyfriend identified as Sunday Ozioko, 30, had taken her out in his new Toyota Camry saloon car as part of the birthday celebration but unfortunately, they were attacked by gunmen who rode on a motorcycle.

It was learned that the gunmen, who rode in a motorcycle, blocked the vehicle along Orba Road at 6.30p.m., took over the car and sped off through Orba Market to Obollo-Afor.
They stopped at Alor-AnoCommunitySecondary School, raped the girl and shot her fiancé, who survived the attack, but was said to be in critical condition.
A source told Vanguard that when the two gunmen were through at 9:30p.m they gave the victim N500, having been dropped off at Odolu in Kogi State.
Realising that the girl could identify them later, the bandits allegedly made for the girl again, who was able to escape through a path that led her to a crusade ground, where Adonai Faith Assembly was having a vigil.

At the crusade ground, the obviously horrified girl narrated her ordeal to the congregation, who she told her fiancee was still lying in his pool of blood.
The pastor of the church immediately swung into action, reached out to the police at Nsukka Urban, and her boyfriend was rushed to Bishop Shanahan Hospital, Nsukka.

Efforts made to speak with the victim at his hospital private ward proved abortive as his relations barred press men from seeing him.
Sunday Ozioko has, however, been transferred to UNTH, Enugu, for a surgical operation on his head.

Enugu State Police spokesman, Ebere Amarizu, said police were on top of the situation and vowed that everything would be done to track down the bandits.

Volunteer of the Month (May)