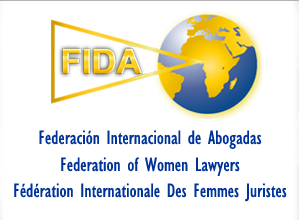 The International Federation of Women Lawyers, FIDA, on today, expressed concern over the increasing rate of defilement of children in Enugu State.

The group said no fewer than 15 children were defiled from July to November this year in the state.

Chairperson of the organization in Enugu State, Nkiru Ugwu-Nwabueze, who disclosed this during its 2013 week with the theme “Women Empowerment and Sustainable Development With Emphasis on the Gains/Challenges”, held at the Filbon Hotel, Enugu, said the children were defiled by those they called uncles and brothers.

Ugwu-Nwabueze advised parents to always give their female children sex education to enable them know some sensitive parts of the body.

According to her, among recent cases which FIDA handled was the defilement of a 3-year-old girl by her biological father.

She disclosed that the evil father defiled the teenager while changing her pampers, adding that after committing the crime, the man claimed that his wife, who raised the alarm, was mad.

She also disclosed that FIDA facilitated the arrest of a man who started defiling a girl when she was 5 years, adding that there was another case of a 9-year-old girl who was recently defiled by her uncle at Ezeagu, in Enugu State.

Earlier in her welcome address, the Chairperson of FIDA Week/20th Anniversary Planning Committee, Edith Okorie had said that the theme of the week long event was very apt.

‘When you empower a woman, you have empowered a nation,’ she noted.

In her paper entitled “Women Empowerment, its Gains and Challenges”, which was presented at the event, the Solicitor-General/Permanent Secretary Ministry of Justice, Enugu, Mrs A. Onaga, had stated that President Goodluck Jonathan had gone a long way in giving effective opportunity to women in political and public office appointment.

Jonathan’s administration, according to her, had scored high marks on the empowerment of women.

The Female Side to Rape by Ejura Salihu