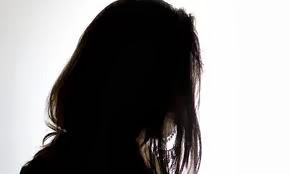 A Makurdi Magistrates’ Court on Wednesday remanded an applicant, Daniel Iorkua, 26, in prison over an allegation that he raped an 11-year-old girl.

Iorkua, who lived in Nyon Layout, Gboko Road, was ordered to be remanded in prison custody after the court heard the prosecution.

The prosecuting police officer, Inspector Moses Akoo, told the court that one Terna Fakaa had reported the case at the State Criminal Investigation Department, Makurdi, on September 20, 2013.

He said that the complainant stated that the accused, who was his neighbour, forcefully had sexual intercourse with his 11-year-old ward.

Akoo said, “The complainant further reported that the victim told him that the accused person had used his hand to cover her mouth during the act to prevent her from shouting for help.”

The prosecutor said that the offence contravened Section 284 of the Penal Code.

The court did not take the plea of the accused for lack of jurisdiction.

The prosecutor said that investigation into the matter was in progress and asked the court for another date for mention.

The Magistrate, Mr Austin Ityoyiman, ordered the accused to be remanded in prison and adjourned the matter to October 31, 2013 for mention.

Culled from: The Punch
1 Likes