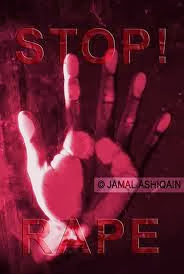 A Magistrate court in Osun State has ordered the remanding in prison custody of a 72-year-old man after he was alleged to have raped a 10-year-old girl.

Sunday Fakachuckwu, was ordered to be confined by the court sitting in Osogbo, the state capital over the allegations.

The prosecutor, Insp. Wilson Meriti, told the court that Fakachuckwu, 72, committed the offence on October 10, at about 2 p.m., at Asejire, Apomu in Isokan local government area of Osun.Meriti added that the accused under the pretext of sending the “helpless” girl on an errand, lured her into his room where he unlawfully and indecently had carnal knowledge of her.He said the offence contravened Section 360 of the Criminal Code and Section 31(1) and (2) of Child’s Right Law of Osun 2007.Fakachuckwu pleaded not guilty to the charges.The Chief Magistrate, Mr Olusola Aluko, who ordered the remand of the accused, directed his Counsel, Mrs Bose Dada, to file a formal bail application on his behalf.Aluko adjourned the case to November 11, for mention