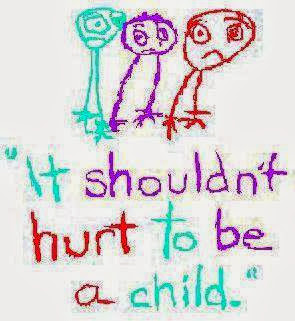 Not again! Just recently, we posted about a man having carnal knowledge of his daughters (see the story here), this is another recent case of a man raping his own child? I thought fathers ought to protect their daughters from sexual assaults, why are they the ones now caught in the act? Fathers, don’t you have a conscience and the fear of God? This is a call to all the fathers out there, please stop this act and to all the young chaps (the soon to be fathers), please for God sakes be disciplined and have the fear of God.

A 39-year-old bricklayer has been arrested at Ajah area of Lagos State, southwest Nigeria for allegedly raping his 14-year-old daughter several times.
The suspect, Olanrewaju Wasiu, who lives at Awoyaya in Ajah was arrested by officials of the Office of Youth and Social Development, an arm of the Lagos State Ministry of Youth, Sports and Social Development.
The suspect was brought to the taskforce office by the officials of the state government to be kept in their custody and arraigned in court later Wednesday.
P.M.NEWS gathered that the suspect allegedly raped his 14-year-old daughter (name withheld) twice a week and threatened to kill her if she confided in anyone about the illicit sexual act.
The girl was said to have confessed to the taskforce officials that her father had sex with her twice a week.
She further alleged that her father beats her mercilessly any time she refused to have sex with him.
P.M.NEWS learnt that the girl disclosed the illicit acts to her school authorities, when they summoned her to the office to enquire about her plight when a teacher saw her crying in the school.
She confided in them that her father had been sleeping with her as well as maltreating her.
The school authorities reported the case to the state government, which led to Wasiu’s arrest, while the little girl remains in government’s custody.
When contacted, Taskforce chairman, Bayo Sulaiman, confirmed the incident and disclosed that Wasiu would be charged to court Wednesday.
Speaking with P.M.NEWS, Wasiu admitted that he raped his daughter but only did it on two occasions.
According to him, “I did not know what came over me. It is not my fault. I don’t know how it happened. It is the devil’s work. I only slept with her twice and twice weekly.”
He alleged that his daughter tempted him by always sitting on his lap and demanding for fun with him, which was why he carried out the act.
“I beat her because she stole my money. They should forgive me,” he said, adding that he had the girl through illicit relationship and that he never married her mother.

Edited and sourced from: Nigeria News