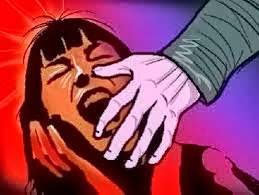 I firmly do not support sentencing a sexual offender to a three months jail term. How will this judgement deter others from engaging in raping a girl child? How come murderers get more severe punishment for their acts while rapists get mere punishment? In order to fight rape in our society, we need stringent laws.

The Senior Magistrate, Mrs. Grace Adebayo-Eisape, sentenced Balogun without an option of fine.

Adebayo-Sisape condemned the action of the convict and said the sentence was to deter others.

Earlier, the prosecutor, Inspector Jeremiah Elijah, had told the court that the matter was reported at the Lugbe Police Station, Abuja, by Sunday Patrick of the same address on January 31, 2013.

Elijah said Patrick told the police that the convict deceived the three-year-old girl after picking her up from school and sexually assaulted her.

The prosecutor said that the convict could not give satisfactory answers to the allegation when he was being interrogated.

He added that a doctor had confirmed that the little girl was sexually assaulted.