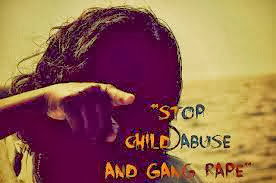 How long will I keep posting about rape? I want to wake up someday and know that no girl is reporting a rape case. I am looking forward to that day when Nigeria will be tagged “a rape free country.” Read more about this case…

Feyi Olatunji, a 20-year-old boy, has been arrested by the Police in Ile-Ife for allegedly raping a 14-year-old girl.

The Police Public Relations Officer, PPRO, for the state Police Command, DSP Folashade Odoro, said in a statement in Osogbo that the suspected rapist was arrested in Ile-Ife after committing the alleged offence.
Odoro said the 14-year-old girl was sent to buy an electrical bulb and food items by her guardian on October 12, when Olatunji dragged her to his mother’s shop at Ogo-Oluwa area of the town and raped her atop a table, then locked her up till the following day.
She said that the state Police Command had launched investigations into the matter and would ensure that justice is done, adding that the suspect would be arraigned in court after completion of investigations on the matter.

We dey wait una for the verdict!

Free At Last: The Concluding Part