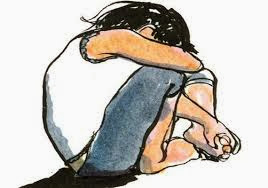 For the past week, rape cases have been reported daily! How long will young boys keep defiling our girls? Where did they learn that raping a girl is okay and acceptable? This is getting serious!

The police prosecutor, Mr. Emmanuel David, told the court that the accused committed the offence on October 22 at 1p.m. in Iyin-Ekiti.

He said the offence contravened Section 218 of the Criminal Code Cap C 16, Laws of Ekiti State, 2012.

The plea of the accused was not taken.

Chief Magistrate Simeon Ojo ordered the accused remanded in prison custody pending the receipt of legal advice from the Office of the Director of Public Prosecution.

He adjourned the case till November 21 for hearing.–