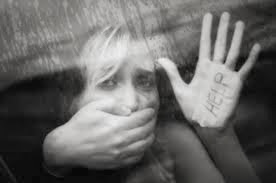 I didn’t want to write this story after all. How could I even begin to talk about the shameful acts? I grew up in a middle class family, a close knit one and a place where laughter rang out fairly often. I had everything I wanted and grew up to become an avid reader.

The sexual abuse began around the age of seven or eight and even though the ‘uncle’ didn’t go as far as having sex with me, he made me touch him on his private parts and also touched me. Little girl as I was then; I didn’t know what was going on and I was never to tell my mother. Thinking about it I don’t think my mother would have understood how I felt. She would have made me undergo a deliverance session and sent the ‘uncle’ away. The abuses continued till he left and another took his place, this time my cousin and he did exactly the same thing the ‘uncle’ did.

He left and another cousin took his place but this time it was a female, she made me touch her breasts and private parts but never touched me and gave me strict warnings never to mention it to my parents.

Then it came to the turn of the neighbors. I can remember four of such neighbors and I can’t even begin to describe the kind of humiliation and abuse I went through at their hands. After a while it stopped but the damage had been done already. They had set me on the path on damage and destruction but no one knew what I was passing through. They had opened my body to the desires of the flesh; my body began to crave the touch. When I turned fourteen, another ‘uncle’ came to stay and that was the worst of the sexual abuses ever. He made me suck his private part and did the same to me. He touched me everywhere and each occasion left me feeling dirty and used but I could not speak out. I was scared and my body desired the touch. I refused to have sex with anyone of them because my mother had made me my siblings promise not to do so. I came close to it so many times but I always remembered the look and tears on her face and relented.

I almost got raped and killed when I was at the age of twenty. I was on my way to school and I met a friend and he asked me to follow him to see his mother and when I asked why he said his mother wanted to see me. I guess I must have been really naïve or too trusting to have believed him. I decided to humor him and go but told him I would spend only fifteen minutes as I had to rush to school before it got late. A very costly mistake it turned out to be. The next thing I remember was seeing myself in a bush and I asked where we going to and he said to see his mother and I told him I wanted to leave and he told me to shut up my mouth. I was afraid; I thought I was going to meet my creator that night. We continued walking and at a point he told me to stop walking. I had no choice than to comply and he told me to strip all the clothing on me, it was shameful. I didn’t want to die and I begged and he told me not to mention a word or cry unless I wanted to die. I closed my mouth and held the tears back. I stripped bare and my only saving grace was that it was dark. I was ashamed of myself. I could not believe what was happening. I trusted this guy and this was how he wanted to repay the trust. He asked me if I was God or His son. He said could kill me and no one would know. I just said a ‘hail Mary’, that was the only prayer that came to mind. He asked me to kneel and suck his private part. I begged and begged and he made as if to bring out a gun from his pocket and I did as he asked. When I was done with the disgusting act, he told me not to swallow his sperm. He then asked me to lie down that he wanted to have sex with me. I begged him and said he would have to kill me before that happened.

I really didn’t want to die but I knew I could never give into him without a fight. He told me that he could kill me, bury me and no one would know. I knelt down and kept begging. All I prayed for was that he should not have sex with me and I should not develop an attack, right in the middle of nowhere. Yea, I am asthmatic and emotional stress leads to an attack. I was at the bush for almost an Hour. He told me I was wasting his time and that I should lie down and let him enjoy what I didn’t want to give him for free, that I had boyfriends and he believes that I had been having sex with them and this was his turn to collect. I forgot to tell you, that this was the same guy that promised to marry me. I had tears in my eyes but I could not shed them. I was just on my knees, naked as the day I was born, ashamed of myself and begging him not to rape me. He looked at me for a while, opened my bag and collected all the money I had and asked me to dress up. He then gave me transport money and directed me on how to get back to school. I will always remember the last words he spoke to me. He said: “this will teach you never to trust anyone again”. I will always remember those words till the day I die.

I cried till I got to school. I was just on the bus crying and I guess since it was dark no one would have noticed. When I got to school, I bathed and brushed just to wipe away the memories of his touch from my body, then cried myself to sleep.

And there the real horror began. I stopped sleeping in the night, anytime I closed my eyes all I could see was the ‘almost rape’ and all the disgusting things I had to do. When I managed to sleep after turning and tossing in the bed, I dreamt I was being raped. I started going to bed around 8pm, so that I could grab enough sleep. I would sleep for 2hrs, and then wake up around 10pm with another bad dream of being raped, then it would take me another 2hrs to sleep and then I would wake up around 1am and stay up till 3am; sleep again and finally wake up around 4am which was the end of sleep for the day. It became a nightly cycle. Whenever I woke up, I just lay down on the bed and cried my eyes out. I could not talk to anyone. I didn’t want anyone to tell me that I should not have gone with the guy because now I know I should not have, but I trusted him.

I bear the scars and pains. Everything that occurred has made me the person I am today. I can’t go back to the past and undo all the harms but I can speak out and hope it doesn’t happen to someone I know. I decide to live my life for the Glory of God, to see the good in people. I decide to love in spite of everything that has happened. The past doesn’t shape me and am a better person for it.

All in all I give praise to God for everything that has happened. He knows best. He alone holds the key to my future. It was not easy to forgive him because I must have cursed his generations with tears in my eyes, but later I decided to undo the curse and forgive him. I still feel bitter a times, the pain is something I am learning to deal with little by little. I try to forgive all of them that have sexually abused me from the time I was young. It’s not easy but I am getting there slowly, there are still times I just want to curl up in bed and cry but then how do I explain the reasons for my tears, so I only cried at nights. May be I would start counseling now with @AyodejiOsowobi. It is hard to look at a guy and not see him as a rapist but then I know within me that every guy is not the same.

Please feel free to share your story with us. Inspire and help others going through what you overcame (or still going through). Send an email to us: ayodejiosowobi@gmail.com
0 Likes