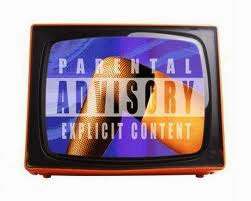 My family had just moved into the neighbourhood and I was welcomed by my neighbor’s kids. Our parents had become friends. Our fathers worked out of town and our mothers were busy working nine-to-fives, they were comforted by the fact that we had each other to play with in their absence.
It’s a memory laced only with innocence.

It was over a decade ago, the details only come back to me in snapshots. It all started few days after our 3rd term long vacation began, I was about six-years-old. I was about six at the time and my neighbours six to eight, we had three boys and three girls. Two of them, a boy and a girl were siblings. The sibling’s cousin who was much older had come to spend the holiday with the family, because we rotated playtime at each other’s home. It was their turn and so we assembled at their house, their parents were at work. The cousin set up their VCR and played a video he brought with him (I assume he stole from his older brothers). For what must have been a few minutes, we watched two pale-white bodies on the screen, having sex. To be honest, I barely remember my reaction.

I’m guessing however, that it was more like a childlike curiosity. I was thrust into a world of activity that my parents had never mentioned. These two people on the television were doing what grown-ups do to make babies. That’s what he told us. Previously, I had believed that children came from the hospital but this new version of the story fit better with the stories I heard in the playground. I had no doubt about it. Instinctively, I knew not to tell anyone else what I had seen.

After we had all viewed the video, we started to play ‘House/Mummy and Daddy.’ Kids naturally tend to imitate adults. However, after watching the video, our version of the game became far too realistic. To this day, I don’t know why we did it and I don’t remember how it started. All I know is that it was part of a thrilling routine.

After breakfast, I would go over to their house and we’d play our version of house. There were many versions of our game and many were perfectly innocent. Sometimes we would get garri mixed with biscuits and have little ‘family’ lunches. We would build pretend-rooms using cushion seats.

The two older boy and girl would always be appointed to play the mother and father. We’d go into one of the rooms in the house and proceed to play our game. It was a well-structured process where the ‘couple’ would come home to the children and then later ‘have sex.’ The severity of what we were actually doing never dawned on any of us.