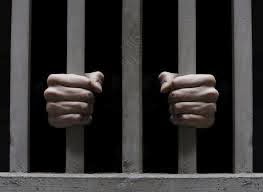 A 23-year-old man (name withheld) has been remanded by an Osogbo Chief Magistrates court yesterday, for allegedly attempting to rape a nursing mother.

Adebayo Lasisi, the Chief Magistrate, ordered that the accused be remanded in Ilesha Prison, pending ruling on his bail application.

The case was however, adjourned the case to January 14, 2014 for ruling in the bail application of the accused.

Earlier, the prosecutor, Solomon Oladele, had told the court that the accused committed the offence on Dec. 1 at 9.30 a.m. at Oloja-Ibala Village in Osogbo.
Oladele said that the accused, who is unemployed, attempted to rape the nursing mother as he ambushed her and her baby on the way to the farm.
The accused assaulted the woman and gave her several blows with his fist in an attempt to forcefully have carnal knowledge of her, the prosecutor added.
He noted that when the woman resisted, the accused subsequently hit her with a hammer on the head, thereby inflicting injury on her.
He said that the accused fled when he saw the victim bleeding, pointing out that the offence contravened sections 359, 351 and 355 of the Criminal Code Cap 34 Vol.11 Laws of Osun 2003. The accused, however, pleaded not guilty to the charges.
Mr Remegius Ngwu, counsel to the accused, applied for his bail but the prosecution opposed the application on the grounds that he may jump bail.
The prosecution argued that the crime was grievous and could attract a sentence of life imprisonment.