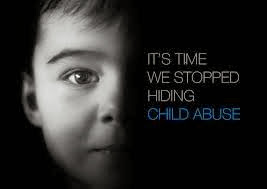 For those who have asked us if boys do get abused, this is for you. Most activists have shied away from this topic, but it’s time to shed more light on this. Boys also get raped/sexually abused, but it’s not really heard about because it seems abnormal. A grown man has decided to share his own story. Read and be enlightened!

I was the first born of the family of 3 boys and I was the only boy when the incident happened — my next younger brother was born a year plus later after the incident.

I was around 11-years-old then preparing for my entrance exam into secondary school. I will name her “Aunty S,” she is my mum’s younger sister. She came to stay with us because she could not continue to the University after her high school, she was registered into a boutique school by my parent.

What she did led to her exit from our family even though I don’t understand the gravity then, but my parent’s action saved me.

After more than six-months of staying with us, she sneaked to my room one night to removed my pyjamas while I was sleeping then she started touching my sensitive parts (that was my first arousal as a male). I was scared. I nearly shouted but she cautioned not to make noise. She threatened to tell my Dad about the window glass I broke two days earlier while playing ball.
I was never happy with myself the second day. I was moody too because, I was afraid of what will happen if she comes back the second night.
Her blackmail failed because my Mum already knew I who broke the window (how she knew I don’t know, it was a 4-flats compound with other boys within my age range). While waiting to watch my favorite cartoon program (Voltron) on the second day, mum said, “I ought not to allow you watch any cartoon, cos of the window you broke.”
I was shocked cos Dad did not mentioned it.
Since I felt my mum & dad already knew about the window glass, I told my mum after dinner that “why did Aunty S removed my pyjamas yesternight while I was sleeping?”
I did not know how serious the issue would be.
My Mum ask further, “then what happened?”
“She was touching me here” I replied, pointing to my innocent part.
Mum could not hold her anger… Mum went to Aunty S room and was shouting that night.
Dad calmed the situation when he came from work, but the only thing that make sense to me then was : Mum kept repeating she must leave our house.

I resumed to my new school a week later about the same time Aunty S left our house. That week was the last I saw her, more than 20 years ago.

Today, I now understand action of my parent. Aunty S abuse affected me for a whole day, but could have marred my journey into adulthood looking back at the flame she ignited in me that night. That flame died after few days. I don’t think if I see her I would be ashamed, instead she would.

My advice to parents is to keep vigilant of their children… Both male and female. Parents tend to be very protective of female kids — very good because they are more vulnerable — but attention should be also be given to male kids. Teach them to confide in you instead of peer-group. If I had shared the issue with my friends from other flats, I’m sure my life would have changed negatively.

We must know that the life of a male child is mostly influenced by friends and peers.