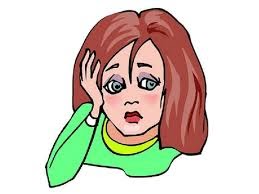 Being raped, regardless of the circumstances, is always traumatic. Losing your virginity to rape can add an extra layer of pain to an already horrific experience. A person’s virginity can be precious to them in many ways and the impact of its loss through rape can be particularly devastating.

The losing of your virginity has always been significant within most cultures and in today’s society it has become an important rite of passage. Choosing to lose your virginity is seen as an important life event and in western society it plays a large role in many films, T.V. shows and books. If you have lost your virginity to rape then you have been cheated out of making this important choice for yourself and that is a huge loss.

Anyone who has been raped will experience a sense of loss over what happened to them. Being raped can make a person feel that they have lost a part of themselves as well as feeling a loss of control over what happened to their body. Adding the loss of your virginity to this can feel really overwhelming. The loss can be so much bigger than just physically losing your virginity. Many people hold onto their virginity with the hope that they will one day be able to give it to someone special. Some may have been keeping it for their husband or wife, while others may have been waiting for the right person to come into their lives. Whatever you were waiting for, having your virginity taken from you through rape also means that you loose this dream.

Religion has played a large part in the way that we define virginity today. Many faiths view a person’s virginity as something that is akin with innocence, purity and chastity and most religions expect that it is something that should be reserved for marriage.

Whether or not you believe that your virginity should be saved for marriage this religious ideal can add another painful complication to dealing with losing your virginity to rape. Some people might feel that they were being punished by God for some reason; others may feel that their God now looks down on them and no longer considers them to be pure. The attitude of those in the church towards sex outside marriage can easily add extra shame to a survivor struggling to come to terms with being raped and many survivors describe feeling like ‘damaged goods’.

I personally believe that any God could only look upon someone who had lost their virginity to rape with complete and utter compassion for what they had been through. The dictionary definition of purity includes ‘freedom from guilt or evil’ and as the responsibility for being raped lies solely with the person who chose to hurt you then they are the only ones who can be considered to be impure.

Those who loose their virginity to rape often find that one of the hardest aspects of the aftermath is finding a way to reclaim their sexuality. How can you reclaim something if you never knew what it was like to begin with? Having such a negative first experience can mean that you do not get the opportunity to know your body as your own. It can also really distort your view of sex in general.

There is a terrible pain in knowing that you never had the chance to know sex without it being coloured by your experience of rape. Intimacy can always feel as though it is tainted by this first terrible experience and for some it can be difficult to separate sex from violence.

It is not unusual for survivors who have lost their virginity to rape to then avoid sex altogether. Intimacy can feel too difficult to manage and sex may feel too threatening. Other survivors will react to the opposite extreme and become very promiscuous. For them sex has gone from something special to something meaningless:

Sometimes they seem curious to see what “real, normal” sex is like. At other times their sexual activity seems more an attempt to deny the importance of sex or of remaining a virgin until they are married, if that had been an expectation before the rape. They may now engage in sex frequently because they need to lower the value of abstinence and the virginity that had been taken from them. (Ledray, 1994, p.101)

It is not uncommon for survivors to go through stages of both celibacy and promiscuity as they struggle to come to reclaim their sexuality for themselves.

Another response to losing your virginity to rape is that it can result in the survivor returning to their rapist. If the person was known to you then it can feel very confusing and difficult to label what happened as rape. After all you have nothing to compare it to and some may assume that that is just the way sex is. Added to that can be the pressure of making losing your virginity count as something special. As Robin Warshaw (1994) described in her study on date rape:

Sometimes a woman sees the man who raped her again in order to turn the rape into an experience of sexual intercourse that happened in the context of an ongoing relationship and, therefore, to make it acceptable. For example, after being raped by a man she had dated for three weeks, Bonnie then had intercourse with him (she had been a virgin at the time of the rape). She explains her action as an attempt to “sort of legitimize what happened” (Warshaw, 1994, p.63).

However you responded to losing your virginity to rape does not lessen the seriousness of what happened to you. It makes no difference if you returned to your rapist or if you became very sexually active afterwards – no action you took can unmake a rape.

Have you really lost your virginity?

The definition of virginity has varied throughout history, religion and culture and even today is defined in different ways by different people. Some may consider it to be a purely physical act while others view it as a spiritual state of being.

If we take the very basic definition of virginity as being someone who has not had sexual intercourse then being raped does not mean you have lost your virginity. Rape is not sex – it is an act of violence where one person chooses to hurt another, whereas sex is about choosing to be with another person; it is a positive experience where both parties freely and willingly consent to what is happening. Rape and sex are entirely different, and being raped does not count as having sex and therefore can not involve a person loosing their virginity.

Defining virginity ultimately has to be an individual journey. From a personal perspective I prefer to say that I was raped as a virgin rather than I lost my virginity to rape. My virginity was never up for grabs as it was always mine to choose to share with another. When considering how we wish to interpret the meaning of virginity perhaps it is worth considering its origin. The Greek work ‘virgo’ was used to describe the goddesses and was seen as a label of strength, independence and power – three qualities that every survivor has in abundance.

Father and His Friend Rape and Kill 17YO Daughter for Eloping with Boy.