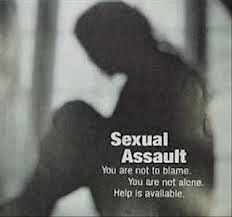 Six weeks ago, I committed suicide by drinking a poisonous concoction. The trauma of having been raped by a young man who attacked our house and robbed us of most of our valuables was just too much to bare.

Now, it is as if I am a child who is frightened of the dark. A light has to be left on all night whiles I sleep. The monstrous bastard that raped me, I don’t know his name and I doubt I ever will. I don’t believe that they will catch him, though they claim to be pretty confident.

When I think about that night, which, most of the time, I can hardly bear to do, it all, always, seems like a movie. Not like a dream or a nightmare, not as close or as vivid as that, but like a movie, which I saw several years ago, on a long, long-distance plane journey. But thinking about it, oddly, doesn’t hurt.

How he got access into the main house and made his way into my bedroom is still a mystery. The man who raped me was a young, dark-skinned man, in I guess, his mid-twenties. He had what I would describe as a “Westernised” accent. He was of medium height and had high cheekbones and lazy-looking eyes. His eyes looked like that of a cat. I like cats, but I didn’t like him. He was wearing a dark top of some kind and what looked like black jeans. He had a cap on his head. I had never seen him before in my life.

He woke me up by hitting me in the face. I don’t remember feeling any pain. Perhaps the fear blocked it out. I screamed briefly and then he turned on the TV. I couldn’t understand what was happening. I said to him, “How did you get in?” because I knew that I had not left any doors or windows unlocked.

Anyways, he told me he knew where he was and I started to shout for my parents. He hit me again, this time very hard. I think my parents were probably fast asleep because no one showed up. He hit me again, and I started to swing, but he is twice my size. He was holding me down with one hand and removing my underwear. I screamed more before he stuffed my panties into my mouth. I tried to spit the panties out, but when I did manage to get them out he just stuffed them back in and covered my mouth. I was scared I would choke so I stopped. The screaming hadn’t done anything for me previously. He started laughing at me. I was crying, and he was laughing. Then he started jamming his fingers inside of me. I tried to squirm away from him and he hit me again. I tried to convince myself that I could still get away. So I kept moving, then he let go of my hands and started choking me. I clawed at his arms but he kept choking me. I thought I was really going to die so I stopped fighting him. He told me I made a good choice and let go of my throat. I was so scared, I just gave up and I thought that if I just did what he wanted I would just be raped and I wouldn’t die.

He reached for my body lotion from my bed side and rubbed some on his manhood. He told me I wasn’t wet enough, and kept smacking me down there. Then he stuck it in. I remember everything. The way he smelled, his face…..everything! All I could do was cry. It felt so unreal. He lifted my bottom half up and told me to watch as he raped me. I thought it was over after that because he pulled out and came on me, but he flipped me over and started touching my butts. I fought more because I did not want that. He started choking me again, this time until I nearly passed out. He then raped me anally. The pain was horrible. He called me a whore. He squeezed my nipples so hard I bruised. He finished and then went back to raping me vaginally. He came inside of me three times. After he was done, he hit me in the neck with his clenched fist and I passed out.

When I came to myself, it was morning and I found myself in the Intensive Care Unit at Cocoa Clinic, with my mum and dad sitting around. Lots of thoughts flooded my head. Will I get pregnant? Has he been arrested? What did he take from my room after I passed out?

I had always wondered what I would do if I was raped. How I would behave. I imagine most women think about this at times. Would I fight? Would I just lie back? Would it really be that bad? A staple of pornography is the rape that becomes a turn-on. Only a man could have that fantasy. I had always told myself that I wouldn’t put up a fight, unless I thought there was a chance of winning. I had no chance. I was at every possible disadvantage: naked, taken utterly by surprise, wrenched from sleep, defenseless.

I was discharged later that day and made a formal complaint at the police station. Before we left the clinic, the doctor advised that I come back in a weeks time for some tests. The tests showed that I was pregnant (I was ovulating around the time I was raped). My parents advised that I keep the pregnancy. How could I give birth to a child of a rapist?

News of my rape had spread in my small neighbourhood as fast as wildfire and I couldn’t look anyone in the face no more. All the boys in my hood have branded me arrogant cos I wouldn’t give in to their advances…and now what I was guarding has been taken away by some bastard. I felt dirty. There are no good rapes, but what you don’t know, until it happens to you, is that the aftermath can be almost as bad. Chaos ensues. Everything is awful. You feel completely alone. The police, even when they mean to be helpful, seem pitifully inadequate.

I decided to take matters into my own hands. Suicide was my only and last option. I know you will be saying that wasn’t the best solution to my issue but I couldn’t continue living knowing I’ve been raped, gotten pregnant after that and I wouldn’t be allowed to abort the freaking bastard growing inside of me. If after death, there was any way of avenging the wrongs people did us in our lifetimes, (like we see in the movies), I’m sure by now I would have pushed my rapist to try raping someone else but this time he will ask his victim to give him a blow job…I need not tell you what would have happened to his willy afterwards.

All I can do now is write to tell you about the other world I am now… I will be telling you stories of other people I met here. Till then, do all you can in your own small way to fight sexual abuse. It’s a canker!

Culled from: Power of Thought