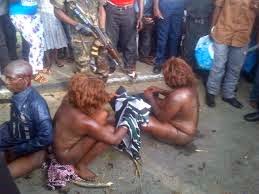 I recall the horror washing over me when I watched the #Aluu4 video over a year ago.
I recall the helplessness on their faces as they were dragged and beaten and mocked and tortured by a mob.
I recall the hope in their eyes that perhaps, just perhaps, a miracle would occur and ONE person would step in and save them.
I recall the painfully outstretched hands pleading for mercy and begging for their lives to be spared.
I recall the rage, venom and madness that overtook the murderous crowd as they pummeled these young men to death.
I recall imagining what their parents would go through, knowing “fellow Nigerians” murdered their children in cold blood.
I recall crying and cursing at the injustice behind the savage act.
I recall my shock and disbelief at the fact that in that crowd were human beings as well, yet they acted as beasts.
I recall wondering how we got to such a low point in humanity and how such hatred and evil has came to reside in our hearts.
I recall seeing faces of women and youths and men, people with families as well yet they stood by and did nothing.
I recall my utter disbelief and shock at the fact that even the police who were on the scene did NOTHING TO SAVE THOSE FOUR YOUNG MEN.

I recall wondering why they did not shoot into the air to disperse the crowd, why they did not call for backup and if they did why it never arrived before the tragic end.
I recall wondering how ALL those who partook in the lynching as direct murderers and as onlookers slept that night.
I recall pondering on how they could live with themselves afterwards.
I recall the lingering horror that remained with me for months despite the fact that I did not watch it to the gruesome end, I couldn’t.
I recall thinking eagerly that surely, with video evidence there would be justice for the families of these innocent ones.
I recall putting my effort into a mini campaign of awareness about the evil in lynching suspects and even convicted criminals.
I recall that up till now, a year after, NO ONE HAS BEEN CONVICTED OF THAT GRUESOME COLD-BLOODED MURDER. 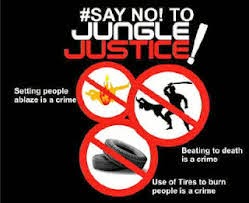 I fear for what we, Nigerians and human beings as a whole, are becoming.
I vow to do my best to enlighten as many as possible on the ills lurking in the hearts of people.
I vow to do my part for humanity and get justice for helpless victims in any way I can.
I vow to raise my children right and teach them about good and evil and consequences.
I vow not to sugarcoat the truth to those I reach out to and to ensure they know that abnormal things cannot and should not be taken for normal.
I vow to do my bit for humanity and for our beloved country Nigeria.

What would you do?