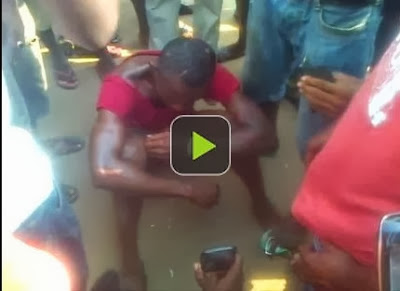 A Report has reached us from IReporters TV that a suspected rapist in Lagos met his waterloo when he was accosted early yesterday morning by an angry crowd.

The man was said to be making an attempt to sneak away with an eight-year-old girl who he had just raped. The girl was reportedly bleeding from her vagina.

The suspect was intercepted along with his victim at about 8 a.m. yesterday around Akogun Street in the Olodi Apapa area of the state.

An eye witness said that the victim is in hospital presently undergoing treatment due to injuries she sustained from the rape.

The residents of Olodi Apapa were angered by the incident and they took justice into their own hands by beating the kidnapper half to death.