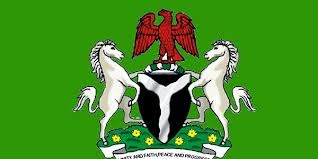 We are sure you all have seen this. We just couldn’t hold back on our excitement so we decided to post it. News reaching us is that, Katsina State House of Assembly have recently amended a section of the Katsina State Penal Code Law, which states that rapists/sex offenders are due to serve life imprisonment.

The Katsina State House of Assembly has passed a law that prescribes life imprisonment for those found guilty of sexual assault.

The amendment also requires the offender to pay compensation to the victim.

Earlier before the passage of the bill, the sponsor, Rabiu Idris from Funtua Local Government, had said that the amendment was to ensure that rapists received severe punishment to serve as deterrent to others.

He stressed that the measure became necessary in view of rampant cases of rape in the state.

The Kastina State house of Assembly Speaker, Ya’u Gwajogwajo, directed the legal department of the house to prepare a clean copy of the law and forward it to the state governor for assent.

Earlier, the house had passed a law, which was signed by the governor, prohibiting homosexuality, lesbianism and sexual harassment in the state.

The law prescribed 14 years imprisonment on conviction and N10 000 liable for offenders.