Justice! Former Kansas City Chief is Sentenced to Life in Prison for Sex Trafficking and Extortion

Justice! Former Kansas City Chief is Sentenced to Life in Prison for Sex Trafficking and Extortion 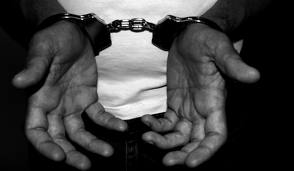 After only two days of lurid evidence in his January child pornography, sex trafficking and
extortion trial, Corey McKinney had heard enough. Surprised that the trial wasn’t more like what he had seen on TV, he changed his mind and pleaded guilty without the jury ever getting the case.

McKinney, of Kansas City, learned Tuesday that he will have a lifetime in prison to ponder that decision.

Federal prosecutors charged McKinney with child sex trafficking, producing child pornography and extortion in 2011 after a man went to authorities saying McKinney had secretly video recorded him having sex with a 16-year-old girl.

The man told police that he believed the girl to be 17 years old. McKinney has acknowledged that he began having a sexual relationship with her when she was 14. “I know my relationship was inappropriate, but sometimes love speaks for itself,” McKinney said Tuesday. Kays took a sterner view.

“The evidence shows you were a predator,” Kays said. “Anytime you’re having sex with a 14-year-old, it’s wrong. It’s rape. It’s exploitation.”

McKinney admitted during his guilty plea that he devised the blackmail scheme to get money to have his brakes fixed. Just before his arrest, McKinney worked as the executive chef at a now-defunct restaurant in the 18th and Vine district.

Federal prosecutors said McKinney used the girl to lure the man into a sexual tryst while McKinney hid in a closet taping the encounter.

The next day, McKinney allegedly confronted the man, told him the girl was underage and demanded $500 for the video.