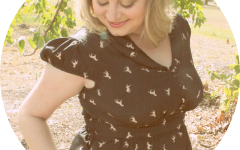 Natalie: I was sexually abused as a child and teenager. I also am a victim to domestic violence. I am taking a stand today and saying NO MORE!!!…

The NO MORE PSA Campaign, spearheaded by the Joyful Heart Foundation in partnership with NO MORE and directed by actress and advocate, Mariska Hargitay, involves more than 50 celebrities and public figures asking bystanders to get involved. After 18 months in development, with critical input from domestic violence and sexual assault organizations, we are excited to launch this campaign.

Beginning September 2013, the three-year PSA campaign will roll out across the country in local and national markets via print, broadcast, online and outdoor advertising and in major airports and medical facilities. The Ad Council’s Endorsed Campaign program has endorsed the campaign, and The Entertainment Industry Foundation is also helping generate awareness. Other major partnerships include Viacom, Lifetime Television, ConnectiVISION Digital Networks/ClearVISION and OK TV!.

Here are some tools to help you get started using and sharing the NO MORE symbol.

Click here to view a full list of the tools in the Tools to Say NO MORE and how to use them in your community to raise awareness and help end domestic violence and sexual assault.

“No more ‘she was drunk.'” #NoMoreExcuses for domestic violence & sexual assault.

Be creative! The possibilities are endless.

Culled from NO MORE

Volunteer Of The Month (April)