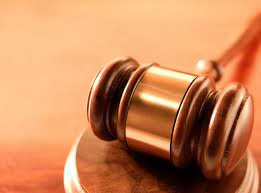 How can an elderly man and six other men be arrested and remanded in an Oyo prison following reports that they raped a young girl. Isn’t that just inhumane?
Emmanuel Abiola, 64, Mohammed Sanni, 35; Eze Ndubuisi, 26; Kabiru Mohammed 25; Sakiru Sokoto, 20; Mohammed Sefiu 21 and Mohammed Bashir, 19.

The six men were arraigned in a court sitting in Iyaganku which ordered that they be remanded at the Agodi Prison.

The accused were arraigned on a two-count charge of conspiracy and rape. The Prosecutor, Inspector Oluyemi Eyiaromi, alleged that the accused conspired to defile the girl.
Eyiaromi explained that all the accused allegedly had unlawful carnal knowledge of one 13-year-old girl (name withheld).
She said that the offence was committed on November 17, at Yanbule Bashorun Ashi area, Ibadan.
Eyiaromi said that the offence contravened sections 218 and 516 of the Criminal Code CAP. 38, Vol.II, Laws of Oyo State 2000.
Two counsels, Adekunle Rufai and Steven James, appeared for five out of the seven accused persons.
The Chief Magistrate, Kehinde Durosaro-Tijani, however, ordered that the accused be remanded at the Agodi Prisons and adjourned the case till January 27, for mention.