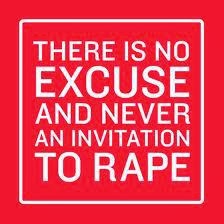 We have been calling for articles; for people to share their thoughts with the rest of world. This is an article written by one of our team mates. Let’s know what you think…

Decent dressing of course, is part of human life, because it elicits respect and protects the person’s dignity. While the antonym which is indecent dressing is a social malady that ridicules the person and is likely to shock or irritate people. It exposes parts of the body, usually sexual organs, which normally should be covered. Decent dressing by students/working class/celebrities etc attracts respect from lecturers, guards, classmates, boss, colleagues, fans etc and most importantly can go a long way to protect you from being the target of rape, sexual harassment and scandal. Even though I was well dressed when I was raped, Indecent dressing has adverse effect on a person; it brings hatred, disrespect from people.

Good dressing is good business. For example, most victims of rape on campus, if you ask the guys why they Rape they will said its because she was exposing her body, to men that’s very bad. As we all know “Real men don’t RAPE.” This habit is traceable to all age groups in the society, but common among the youth. In Nigeria, most ladies are exposed to western culture through television and the social media. Most celebrities wear tattered jeans with holes and tight fitting shirts. Some even wear pants while on stage. Unfortunately, this lures under-aged children to engage in early sex. Over-exposure to popular culture through various media is the main reason for the menace of indecent dressing. If you go to the campuses of institutions of higher learning, you will be astonished by the mode of dressing by students. That’s why some universities have a sort of dress code now for their students in order to curb this problem.

Most ladies appear half naked all in the name of fashion. Some wear mini-skirts while others wear tight jeans, small tight tops, some even wear tops as gowns exposing their body purposely and I keep asking the essence. The basis of dressing historically started from the Garden of Eden where Adam and Eve used leaves to cover their nakedness; from that time, dressing became part of human beings. The Holy Qur’an also stipulates “tell the believers to lower their gaze and guide their modesty”. This indicates that dressing is part of our life as both Christianity and Islam prescribe how to dress. One must be mindful of dressing because your dressing determines who you are; where you are from and how responsible you are. You must dress in a respectful manner.
There is a popular saying *DON’T JUDGE A BOOK BY ITS COVER* then I got a response for this saying when I watched desperate housewives. Susan Mayer told her daughter, you will judge that book if it has holes on its cover… Similarly, the issue of indecent dressing includes guys. You will see a guy looking really funny. Putting on an undersized and very tight penciled jeans and pairing it up with a tee-shirt made for a four-year-old for the sake of fashion. We should really look into this issue because it is getting worse by the day. Its even a shame when you see the so called celebrities and socialites dressing so indecently… They seem not to know that they are role models to people and as such can influence a lot of people with the things they do including dressing.
Parents also have roles to pay, train up your kids properly. Inculcate values in them. Let them know what is good and what is bad. Make them understand that, that which they see as beautiful may not be or is not beautiful. There are certain training that once given to a child can never be erased or influenced by society. Yes, I said so because, we all watch the same television but we all still don’t copy what we see there. If we want to blame it all on the media, why is it that we choose to copy the bad instead of the good? Let’s try and find ways to curb this ugly trend!
Let the schools have a law that students should not be caught wearing some kind of clothes. Let the movie/music producer find the right costumes for the artistes except of course the person is playing the role of a prostitute. Let employers have a dress code for their organizations. Let parents watch their kids. Its has to be a concerted effort for us to effect a change. Rape must stop in this country and if we all want it to work let’s work on ourselves. I’m not holy, yes I know but we all need to wake up to fight this Rape issues in Nigeria and the world at large, please everyone let’s fight Rape. It begins with YOU. Be Enlightened!!!