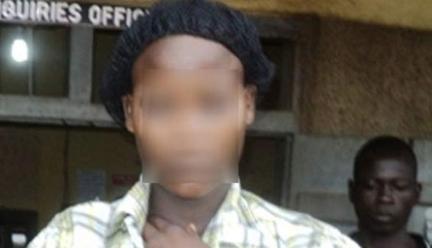 A court in Uganda sentenced a teen age girl to a six-hour jail term for killing her rapist father. It was probably one of the most unusual sentences delivered in the country, but the case was just as unusual as it was heartrending.

The Masaka High Court presided over by Lady Justice Margaret Oumo Oguli, Monday heard that 18-year-old girl killed her father on May 8, after he had raped her.

It was not the first time he was doing so. The 58-year-old man had repeatedly raped his daughter since she was at the age of 13. Prosecution led by Peter Mugisha told court that the convict violently killed her father using a knife and a panga after the deceased performed sexual acts against her. Mr Mugisha, however, asked court to give her a maximum sentence which requires death, saying the act she performed was illegal.

His argument was that she should have reported the matter to police and not killed him.

Defence led by Mr Edward Kikirengoma, however, did not agree with the State, saying the act the father did to his daughter was condemned, especially in Buganda Kingdom.

Mr Kikirengoma told court that the convict needed to take charge of her life since she had become tired of her father’s cruel acts, adding that court should look into the condition of the girl as she was six months pregnant, with the child of her father.

“…Revealed that as she was sleeping in the house, she did not know that her mother, 56, had gone out; her father learnt that his wife wasn’t in the house and came into her bed and raped her. Since they were living in a one-room rented house, the father took advantage of his own children,” Mr Kikirengoma said.

It emerged that the man had also impregnated his three other daughters. Defence therefore asked court to give the killer a lenient sentence.

The Forces of Child Marriage and its Ugly Chains

Volunteer of the Month (April)