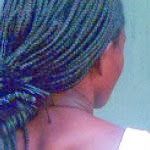 When we got this report, our heart melted. While some will be celebrating this yuletide season with joy, 23-year-old Shapely Ngozi will be groaning in pains. Just when we are seriously advocating and fighting against rape, it keeps rearing its ugly head. We won’t be discouraged!

Shapely Ngozi, who hails from Ogidi, Idemili North Local Government Area, Anambra State, had vowed to go into marriage as a virgin, but was brutally defiled by her elder brother’s best friend on December 16, 2013; leaving her shattered into a 1000 pieces like the windshield of a car, her virgin blood spilled and highly treasured virtue forever taken by a scoundrel.

Even more pathetic is the fact that she escaped the mayhem of Boko Haram in troubled Bauchi State, only to be savaged by the foul, filthy hands and mind of a son-of-the-devil lurking at home, in the heart of Igboland. For her, the rape experience is like a case of running from frying pan into fire. Ngozi’s taste of hell on earth began on Monday, December 16, when she went to her shop behind the Obosi Town hall, Obosi, also in Idemili North LGA to do her normal business of running a beer palour with her elder brother, which he set up to survive the hard times after relocating home in the wake of the incessant Boko Haram bombings in Bauchi.

As if the devil was playing a one-person chess game in which she was the pawn, the evil being first sent the woman that sold the shop to Ngozi’s brother at the cost of N60, 000, who showed up to seek payment of the balance of N15, 000 after the brother had paid an initial sum of N45, 000. Recalling how she came into the picture, Ngozi said: ‘My brother told me about how people who came to the shop always requested for fresh fish pepper soup and other delicacies.

As I had not found anything to do since we returned from Bauchi, my brother pleaded with me to join him in Obosi so that I could be preparing the delicacies and selling to customers who come to the shop to drink. When I came, we started the business and it was still trying to stand when one day, the woman that sold the shop to my brother came. ‘She was doing the same business like us, so she left behind some plastic chairs and a deep freezer. As my brother could not afford to buy his own freezer, we decided to be using the woman’s own with her consent anyway.

Then one day, she told my brother to give her N20, 000 so she could leave the freezer for us. My brother agreed; we were still trying to raise money to pay for it and also complete the payment for the shop when she came on Monday to carry the freezer.’ ‘The day before, on Sunday, and I had gone to the market and bought some fresh fish and meat. I put these items in the deep freezer for preservation. So as I was about cleaning the shop the next day when the woman came and began shouting on top of her voice that she must take the freezer away. I was still pleading and telling her I kept something in the freezer when she stormed out and returned in company with two men who I noticed were commercial motorcyclists. She ordered them to go into the shop and bring out the freezer. They came in and threw the fish, meat and every other item in the freezer out and took it away.’

Defiler appears, promising Greek gift As Ngozi was lamenting over the sudden turn of events that spoiled her sales projections for the season, the evil being moved another of his chess pieces to act out his assigned role: the suspect, Tochukwu Nebo, popularly called Baby Boy in Obosi showed up with an offer to give Ngozi another freezer to enable her to continue with the business since her elder brother happened to be his friend. Probably elated, she did not recognize the Greek gift the son-of-the-devil was dangling before her.

Her words: ‘I was still crying that my last hope of continuing the business of selling fresh fish and pepper soup had been aborted by the woman when she took the deep freezer away. Then Toochukwu (we call him Baby Boy) who is my elder brother’s friend came to me. I thought he came to help me. There was a time he took refuge in our house when he was wanted for something in Obosi. So he came to the shop that Monday and tried to console me, saying that I should stop crying. He said he had three deep freezers; that he would go home, consult his wife and then give me one to continue my business. He left and after about one hour later, he came back and told me to follow him to his house so that we could discuss with his wife.

I said I would wait for my brother to return first since the shop was not mine alone. He became angry and started shouting at me, trying to force me to follow him. By that time it was already getting dark. Then he raised his shirt and showed me a pistol tucked into his waist band and ordered me to remain silent, and threatened to shoot me if I said anything or shouted. I still insisted I would not go with him on a waiting motorcycle. He brought out a cutlass and as I tried to hold his hand and save myself, the sharp edge of the blade cut my hand. I was bleeding profusely and began to shout for help but nobody came to my rescue because Baby Boy is notorious in the community.

Whenever anybody came and saw that it was between Baby Boy and a girl, they just left without saying or doing anything. He continued dragging me until I got on the motorcycle. When we got to his house at Akwasi-Ire village, Obosi, directly opposite the home of former Commonwealth Secretary General, Chief Emeka Anyaoku, he stopped and pretended to make a call after which he said his wife said I must come into the compound. I refused and said his wife should come out. “At that point, he lifted and put me on his shoulder and kicked the gate open with his leg.

The time was already 9.30pm. As I was crying for help, I could hear people’s voices in the big building. It was fully occupied by tenants but nobody came to my rescue. He took me straight to his bedroom, threw me on the bed and left. When he left, I tried to escape, but discovered that he locked the room. Shortly after he returned and brought out the gun, pointed it at me and ordered me to undress. I refused and he pounced on me, tore my pant. A struggle ensued between us but being stronger than myself, he overpowered me and tried to force himself inside me.

At that moment, I tried to calm him down, telling him I was still a virgin. Initially, he broke into laughter and said that the only way to know that a 23-year-old girl is still a virgin is by testing it himself. ‘He looked around and saw a key holder with an opener. He brought it close to the bed and started beating me because I didn’t to his evil desire. Then he tied my long hair which I just plaited before that day to the iron rods of burglary proof at the window; he tied my two legs separately with white rope to the iron bar in the room before he forced the key holder into my private part as his manhood could not penetrate. Immediately, blood oozed out.

He was shocked and tried to stop the flow with my pant that he had torn. The pain was so excruciating that I passed out. ‘When I regained consciousness, I saw myself on the bare floor in his room alone in the pool of my own blood with water gushing out of my body. I noticed then that he had tried to use water to bring me back to consciousness. It was at that moment that he told me that he was surprised to see that I was truly a virgin at my age. He said that in Obosi, at 14 years, all the girls had known men.

I thought he had come back to his senses but shortly after saying that with the gun pointing at my forehead, he began defiling me again. After several hours of battling for life I pretended to have passed out again. He ran out and came back in the company with another guy who came into the room and discovered I was still breathing. I overhead him telling Baby Boy that I was still alive. ‘While they were still discussing outside, I picked up my phone, tried to call my brother but I had only N3 credit left; he called me back but before I could answer him, Baby Boy heard my voice and rushed into the room; he saw me holding a phone, it was ringing but I couldn’t pick it because he was so furious and was ready to kill me.

He snatched the phone and saw it was my brother calling, he took it and held it until it stopped ringing. He ordered me to pick it the second time and tell my brother whatever he told me to say. With gun pointing at my head, he said I should tell my brother that it was very late, so he took me home to stay with his wife and I was in the same room with his wife. I said so thinking he was going to release me. Shortly after that, my brother called him on his own phone and he didn’t pick it.

Later he started begging me not to tell anyone about the incident. He took some of my hair strands that cut off when he tied my braid to the iron bar and my blood-soaked pant and put them in a pit toilet in his compound. It was at that time that I told him to take me back to the shop so that my brother would not notice. He said it was a good idea. As we were going to the shop, he promised me give me the deep freezer for free and N10, 000 if I kept the incident secret. I said yes, and he dropped me and went back to his house.

Moreover, a woman who introduced herself to me on the phone as his wife promised to give me N100, 000 if I withdrew the complaint. Well, I have told all these things to the security agents. ‘I didn’t know that when I spoke to my brother before my credit finished that he heard part of what I said and quickly called one woman who is our neighbour in the shop who confirmed that when the incident started at the shop, that she thought it was armed robbery and she quickly closed her shop and then called the Obosi Vigilance Service who came in the morning and surrounded the shop. They were shouting open this door, open this door. When I opened it, I saw security men and I told them my story and along the line, I fainted.’