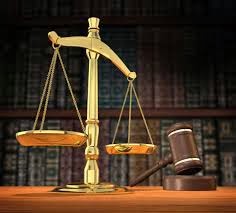 The Chairman of the Ibadan chapter of the Nigeria Bar Association (NBA), Olusegun Abimbola, has advocated life imprisonment for convicted rapists. Great news you think?

Mr. Abimbola disclosed this to newsmen today in Ibadan.

According to him, rape has become rampant, and therefore, becoming necessary to impose a stiffer penalty on rapists.

“If life jail term is implemented, it would serve as a deterrent to others,” the chairman said.
Abimbola pointed out that stigmatisation was a major problem which rape victims faced, often preventing them from reporting to the appropriate authorities after they had been raped.
However, he encouraged the victims to develop enough courage to report any attack to the security agencies for necessary action.
Abimbola also advised the victims to submit themselves for medical examinations, noting that some  tests needed to be done immediately after the act.
He noted that when victims failed to report promptly, samples that needed to be taken immediately as evidence were destroyed, leaving no clue for investigators to follow.
The chairman disagreed with those who argued that the type of clothes ladies wore attracted rapists.
“I don’t see any person making any sense with such an argument; acts of negligence or stupidity does not excuse any man to commit the offence of rape.
“Whether I went out and left my door open is not a justification for a thief to come in and steal my property,” he said.
Abimbola argued that many of the ladies who had suffered rape were not indecently dressed.
“Are you telling me a two-year-old or an 11-year-old dressed indecently?” he queried.