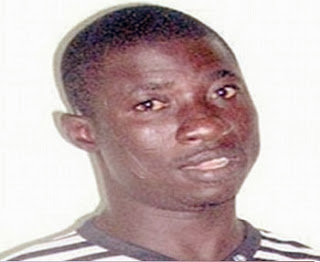 Well guys, the news might be stale, but pls don’t judge me, I’ve had to post a lot of articles. But seriously, why are people using religion as a disguise to rape girls? Don’t you think harder punishments should be given to rapists? Do you think that might help reduce the rate of rape in our society? Share your ideas. Read more

A popular spiritualist at Ashaiman, Malam Wahab Seidu, is in the firm grip of the Ashaiman Divisional branch of the Domestic Violence and Victim Support Unit (DOVVSU) of the Police Service for allegedly shaving the private parts of a 17-year-old girl and raping her.

The Mallam, a resident of Jericho, an Ashaiman suburb, was said to have asked the victim, a Senior High School leaver who was desperate to have a man, to bring her pubic hair, vaginal fluid, cotton, sperms, cosmetic powder and an amount of GH¢100, so he would prepare a spiritual concoction for some rituals to solve her problems.

The 17-year-old girl managed to produce some of the items except the sperms and pubic hair, which Mallam Wahab assured her of getting.

He allegedly lured the victim to a guest house where he had sexual intercourse with her twice, in order to get his own sperm to perform the ritual.

Assistant Superintendent of Police (ASP) Jenifer Bolah, the Ashaiman Divisional DOVVSU Coordinator, who confirmed the incident, mentioned that sometime in September 2013, the victim who happened to be a friend to one of Mallam Wahab’s wives confided in the woman about her relationship and family problems.

According to her, the woman perhaps disclosed the issue to Mallam Wahab who decided to act upon such information.

She narrated that Mallam Wahab met the victim in the area and immediately started mentioning the victim’s problems to her one after the other and told her that her relationship disappointments was the result of a spiritual marriage.

The victim became surprised and believed Mallam Wahab as a powerful spiritualist, adding that the Mallam, after stating the problems asked her to make available the items to perform a spiritual exercise which would resolve her problems.

Mallam Wahab, as stated by the Ashaiman Divisional DOVVSU Coordinator, lured the victim to the guest house where he had sexual intercourse with her in the alleged bid to get the sperm and vaginal fluid to perform the ritual, which would help her get a husband.

ASP Bolah further mentioned that the victim, after the sexual act, asked the Mallam about solutions to her family problems, and the Mallam scheduled another meeting at the same guest house with a new set of items to resolve the family problems.

Mallam Wahab, on October 14, 2013 was said to have met the victim again at the guest house where he had sexual intercourse with her after shaving her private parts.

The victim, according to ASP Bolah, went home and after sometime, noticed that the problems still persisted.

She added that the victim confronted Mallam Wahab who assured her that things would change for the better.

She noted that the victim became worried after sometime and disclosed her ordeal at the hands of the Mallam to her mother.

Consequently, the woman accompanied her daughter to lodge a complaint with DOVVSU whereupon a police medical report form was issued to the victim to attend hospital.

Mallam Wahab was, on October 17 picked up by the Police and brought to the DOVVSU station where he was said to have admitted to the act during police interrogation.