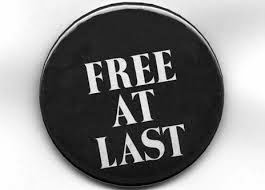 I couldn’t be happier. Yesterday, we were formally introduced to our families. Sam comes in to “thief fish” from the pot of egusi soup. He is so naughty. He hugs me from behind and whispers in my left ear, ‘I can’t wait for this to be permanent.’ ‘I can’t wait either.’ I say amidst chuckles. ‘Thank God we don’t have too long to wait anymore.’

‘Yeah. Thank God. He must love me sooooo much he gave you to me.’ I laugh even more. Sam and his sugar coated tongue.

The doorbell rings. ‘I’ll get it.’ I say as I leave the kitchen. I rush to the living room to open the door. Blood drained from my face leaving me as pale as death. The smile on my face is replaced by a look of shock as recognition sets in. Cold shivers run down my spine and memories race in.

‘Senior Biola, please, I really am not feeling too well.’ nine-year-old Precious cried.

‘Shut up. You better fetch me two buckets of water, else you will not sleep in your hostel this night. Get out of my hostel.’

Precious started crying the minute she got to her bunk. She had been having serious headaches all day and there was no way she could carry two buckets on her head. She had explained this but her pleas had fallen on deaf ears. She hated this damn school. If one is not a senior, one does not matter. She hated Senior Biola and her friends who carried themselves like kings because they were in SS3 and treated JS1 students like her even worse than slaves. I came to school to learn, she thought, not to be treated like this. Even worse was the fact that she could not report these seniors ’cause that would only attract worse treatment from them. She was truly on her own.

That night, Senior Biola came for the buckets but dear Precious could not provide them so she was sent out of the hostel. She then went to sleep in her classroom. She woke up in the middle of the night to find a man, the night watchman, touching her newly developing breasts. Fear gripped her.

The man brought out his whip and said, “If you shout, I will beat you to death with this cane.” She was so scared. She bit her lips to keep from screaming as he lifted her skirt and tore her underwear. She was definitely not prepared for the pain she felt as something strange and big entered her. It went on and on until she blacked out.

Precious stood at the door, staring at the face of the man who violated her 16 years ago. What was he doing here? To finish what he started long ago? She could not remember ever being this scared.

Why does he look too familiar? Those eyes ….the sharp angled nose, the full lips …..

Sam came in from the kitchen. ‘Baby, who is it?’ He asked. He stopped short when he saw the man standing in the doorway. His expression was one of surprise mixed with pleasure.

Did I hear Sam correctly? Daddy? Sam’s dad? I felt so nauseous. Tears welled up and threatened to spill. I looked from father to son and back. I let him enter the living room.

‘Dad, meet the love of my life and my wife to be, Precious Ehimen.’

Sam introduced as soon as his father got settled. ‘And honey, meet my father. Mr Kolawole Ojomo.’

I could only nod my head. I couldn’t speak even if I wanted to.

‘Daddy, I thought you said you couldn’t get your boss to give you enough time off to leave the states.’

‘Well, I eventually did…’

That voice. I could not but remember the first words he ever said to me. “If you shout…..” Oh God! What am I gonna do? What? I never knew this beast would come back. Couldn’t he just leave me alone? Why could he not stay out of my life? Why did he have to be my fiancé’s father?

Sam’s voice jolted me out of my reverie. Mr Kolawole was standing before me, his arm stretched for a handshake. I timorously placed my hand in his praying that he doesn’t notice how furiously my  hands were shaking. Unfortunately, not all prayers get answered.

‘Gracious, why are your hands shaking?’ Kolawole asked.

Because you are a sick bastard, I wanted to say, but what came out of my mouth was totally different.

‘Oh! My hands?’ I laughed a very fake laugh.

‘She’s probably just nervous, dad.’ Sam came to my rescue but I could see it in his eyes that he was not convinced, himself.

I quickly took my hand off his. ‘Oh! I left my laptop on without charging it. Lemme go check on it.’ I said, desperate to leave there.

‘But baby, you have not touched that laptop today.’

‘Really? I think I have. I used it to… err… em..look up some recipes online. Gotta go.’ Sam knew it was a lie. I’m sure it was also visible to the blind. I ran up to the guestroom where my bag was. I dropped on the bed and began to cry.

Didn’t I deserve to be happy? Why does this man keep coming into my life? Cant he just stay out? I know I should have killed him when I had the chance. Why didn’t I?

I was in the hospital beside my school, two years after I was raped, to visit the sick and pray for them, just as we were taught in C.R.K. class. I had prayed for four patients and was moving on to the fifth when I noticed the man was sleeping. I was about moving on to the next when I saw his face. YOU!!! I thought. I came back and stared at him in disgust.

Look at you now, I thought. Sick and vulnerable. At the mercy of anyone. At my mercy! I felt like slapping him sooooo hard he woke to see me over him and threaten him till he begged for mercy. But that did not seem nearly enough for what he did to me. I looked around but no one was watching. It was just me and this man in our world.

I could just kill him I thought. No one would know. Just tamper with the drip, stop the flow, pull it out and use it to stab him elsewhere and rush it into him, anything! Anything to cause him pain.

I gripped the drip and placed my thumb on the regulator. But no matter how much I tried, I just could not will myself to move my hands. I could not kill him and I just didn’t understand why. He caused ma a lot of pain, yet I could not do it. What kind of lily-livered, scared, frightened baby was I?

I forgot the reason I was in the hospital and ran out as fast as my legs could carry me.

Oh God. Forgive my thought but if I had killed him, I’ll have been free. God, why does this have to happen to me?

I get up, pick every single item that is mine, stuff them into a box I found in the wardrobe and leave. I met Sam and his father still discussing.

‘Precious, you are leaving so soon? I just got here.’ Mr Kolawole said.

‘Errrm honey, I just got a call from my mum asking me to come home. She said… errrm… she said she needed me immediately.’ I stammered.

‘Really?’ Sam asked not believing a word. ‘Can I talk to you just before you leave? I have a message for your mum. Dad, please excuse me.’ Sam leads me outside.

‘Okay! Precious, explain this. What is wrong? Why did you suddenly get jumpy the second you saw my father?’

No response. He continued. ‘I thought I already explained to you my dad had not been in Nigeria for 10 years and I was only hoping he’ll come back for my wedding.’

‘Oh, really?’ He interrupted. ‘She called you on which phone? This?’ He brought out my phone from his jeans pocket. Caught lying red-handed.

‘Do you mind explaining you sudden need to leave?’

Sam flared. ‘Not yet?! When? Our wedding is in two weeks and you can still afford to keep secrets from me?’

“Please, I really need to sort this out with myself first,’ I said, tears stinging my eyes. ‘I promise to tell you when the time is right. I promise.’ I took my phone from him and went home.

The next two weeks sped by and before I knew it, I was in the most beautiful wedding dress ever, walking down the aisle to my Sam who was there at the altar, smiling that smile that I can never get tired of. Soon we were being driven to Sam’s place, sorry, our home. As much as I tried to, I could not help feel scared and guilty at the same time. Trust me, its not a good combination. Scared of the fact that Kolawole was going to spend two more days with us and guilty for not telling Sam. I could not just bring myself to say things that would cause hatred between father and son. This is my cross, I told myself and I will bear it.