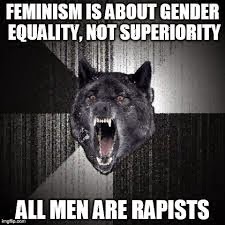 To our male readers, this is an innocuous write up, we don’t want you having the wrong, that we’re not saying all men are rapists, we’re just about shedding more light on some misconceptions and leaving you in the state of wondering “If”.
Now one of the reasons that some of us advocate a shift in the ways that we think about sex is precisely because we think that the current model leads to rape. Right now, we’re taught to think about sex as thing- largely a thing that men want and women have. Under this model, sex is often seen as a conquest- you’re victorious if you have sex. This, I think, is at least partially responsible for some of the ways that people pursue sex- this is why people think it’s okay to lie in the pursuit of sex, or why people think that it’s okay to get someone drunk and “take advantage of them.”

I’m going to try to find the stats, but I remember reading that surveys have shown that there’s a divide between what people say and what they believe surrounding sex and rape. Most people will, if you ask them, agree that rape is wrong. But, when you start asking about specific situations, you start to see a divide form. There are many people who firmly believe that a situation is only rape if it meets all or most of the following:

The attacker is unknown to the victim.

The victim explicitly says “no”.

The attacker threatens the victim with a weapon of some kind.

The attacker beats/chokes/strikes the victim.

The victim fights back, but is overpowered by the attacker.

The attacker penetrates the victim.

And, certainly, those are sufficient conditions to consider an attack a rape, but are they necessary? I think that many of us can agree that the first condition isn’t necessary at all, given that most rapes are apparently perpetrated by someone the victim knows.

The fact is, there’s not widespread agreement about where we draw the line regarding rape. I think the line ought to be obvious- but, unfortunately, that doesn’t make it so.

Even if women aren’t able to say “no” or get away for whatever reason, you’d think the fact that they freeze up and aren’t active/enthusiastic during the act would give these oh-so-innocent men pause. If your partner freezes while you go down on her body, it may be because you are raping her.

If you’re with someone, and that person is giving you anything less than enthusiastic consent, you ought to check in and find out what is going on, because it could be the case that the other person is not on-board with what is happening. If you don’t, you very might be raping that person.

So, yeah, these sorts of people- the sort of person who doesn’t really care whether his/her partner is particularly enthusiastic and interested in the sex- the sort of person who sees the other person as a means to getting off? They’re not exactly innocent. I think that the analysis that these sorts of people just don’t care is right on. They don’t care about the other person’s feelings particularly.

Which is not quite the same as saying that they realize that they’re rapists. It’s possible to be a shitty, selfish human being without being a criminal. It’s entirely possible- and, given the skewed model of human sexual relations that I think our society embraces, not particularly surprising- that some people who rape think that they’re just participating in typical sexual behavior. When you have a conquest model of sex that you’re working from, “taking advantage” of someone who has beeen drugged or drunk and passing in and out of awareness doesn’t parse as rape, because that person hasn’t told you “no.”

See, part of the problem is with the way many people read consent. For some people, consent isn’t an affirmation, it’s lack of a negation. In other words, some people think that it’s only rape if the other person actually says “no” in a forceful way. If the other person is drunk and passing out, well… you can’t say “no” if you’re passed out, so it’s not really rape.

Do they think that they’re being nice?

Oh, absolutely not. But, they see sex as a struggle- a conquest- a thing to be taken from another through almost any means. They see the drunk victim as a person whose guard has been dropped, and is no longer capable of denying them access.

So, in that way, yes, I think that there are people who are rapists who simply don’t realize that’s what they are. I think that they probably think that they’re just participating in typical sexual behavior. No, they don’t care about their victim’s feelings.

That’s why I think it’s so vital that we reframe the nature of consent and the ways that we view sex. If there’s as much misunderstanding of consent as I think there is, we need to get people on the same page. We need to make it clear that lack of resistance is not the same as consent — consent is consent. We need to make it absolutely clear that, if you engage in sex with someone who is not giving you enthusiastic, affirmative consent, you might be raping that person.

As for the issue of whether or not the rapist knows they are raping in these cases, I would argue that they may not label the action as rape themselves and then justify the action to themselves because they feel entitled to their victims’ bodies.

I think our culture is so caught up with the idea that rapists are only strangers who jump out of trees and brutalize their victims in ways beyond the rape, that recognition of what rape actually is in most circumstances is often both unknown by both the rapist and the victim. If there was a pre-established relationship or friendship, the victim does not always recognize it is rape and blames herself. I’d argue the same could be true for the rapist, given the pre-established relationship, as well as our cultural misogynistic attitudes towards women’s bodies, a rapist may be convinced he is ENTITLED to her body.

At this point, because we’ve been misguided and misorientation about “sex”, I honestly believe that education and changing the ways that we view sex is very important.

Update: Two of the Six Men who Raped a 16 YO Girl in Akure, Paraded