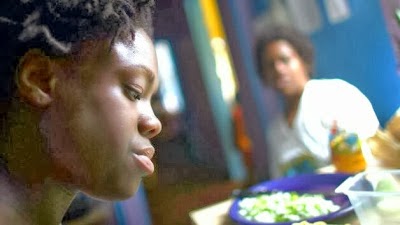 I attended a social function just last Wednesday in the Senegalese capital, Dakar. The event was one that you could describe as having successfully attracted under one roof an eclectic group of people: local politicians, artists, traditional leaders, entrepreneurs, etc.

I was mingling with guests and doing the usual social networking, and I was barely paying attention to the musicians when I heard the voice of the lead singer call for attention.

“We must care about the well being of our daughters, sisters, wives and mothers. Violence against women and girls is not an option because we need them in building our nation. So I dedicate my next song…”

And with that, he went on singing.

That singer’s comment came unexpectedly—at least to me. In fact, it was totally unscripted as the function was a sponsored commercial event with no links to a specific campaign or agency working on the issue.

The message about gender-based violence is certainly not new. But the fact that one local artist would send out the message publicly and without sponsorship, points to changing times.

Young African women victims and/or survivors of violence have some of the most touching stories of struggle across our continent, but they do not come close to the public eye or get media attention. This is not helping to put an end to violence against women and girls.

If we want to put an end to violence against women and girls in Africa, we have to give more chances to women who have been so affected, so they can speak with their own voice and share their own stories as part of the solution…

I have read some amazing stories on this note, including the story of one Sierra Leonean war orphan who has become a ballet prodigy and is now at a renowned New York ballet center. There is also this other story of one young Guinean woman who is helping victims of sexual violence get justice.

So I think we should be creating more spaces for our women (especially those aged 15-25) to share their experiences and how they have dealt with the experiences. By that, we can raise the voices of these young women early enough and we can connect the dots between them and development.