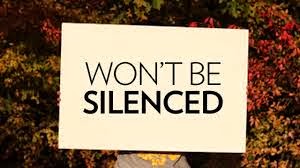 “This is the last day of your life”, said Reina María’s ex-partner as he walked into her house in February this year, holding a machete in his hand.

After he attacked her with the blade, he left her for dead, bleeding on the floor as her two children, aged five and nine, ran to get help from a neighbour.

Fortunately, Reina María survived. When I met her this week, she showed me the long, deep scars across her arm, shoulder and the back of her neck.
Although her ex-partner is the person who wielded the machete, the Nicaraguan state is responsible for leaving Reina María at risk of attack for over a year.

“They only issued an arrest warrant when they saw me bleeding there,” she explains.

The first time she went to the police was in December 2011. Her partner had tried to asphyxiate her because she had decided to leave him. The police issued a restraining order and Reina María started to live alone with her two children.

However, just days later, her ex-partner came to the house threatening to kill her. On repeated subsequent occasions he told the children to pass on the same message. One day he even abducted the children as they entered school.

Because of her ex-partner constantly breaching restraining orders, the police asked the Public Prosecutor’s office to issue an arrest warrant. But it failed to do so for eight months, until the day after that attack which left Reina María hospitalized and fighting for her life.

Reina María’s ex-partner is now on the run. Reina Maria and her family are now in a protected location and receiving support from non-governmental organizations. Upbeat and determined to secure a better life for her children, her face lights up when she speaks of them and of her hopes and dreams for the future.

But other women may not manage to escape their violent partners. This week, a strong piece of legislation designed to protect women from violence in Nicaragua is at risk of being undermined in a way which could open the door for similar attacks on other women.

When Nicaragua’s Law 779 came into effect in June 2012, it was hailed as a big step forwards in the protection of women’s rights. It defines crimes of physical and psychological violence against women.

However, since the law entered into force, it has been under attack from individuals and groups who accuse it of breaking up families, as it provides a clear route for women suffering violence to leave their partners.

Nicaraguan members of Parliament are now studying draft amendments to the law and are likely to be called to vote on them in the coming days.

The amendments would greatly weaken the current legal protection women receive. Men like Reina Maria’s ex-partner could be ordered to take part in mediation instead of facing prosecution. The public prosecutor will have the power to decide if mediation is an appropriate option to recommend.

Changing the law will send a dangerous message: some forms of violence against women are acceptable in Nicaragua, and perpetrators will not be held to account. The amendment would mean that these crimes stay behind closed doors, with women forced to sacrifice their own safety and risk their lives to preserve the family unit.

I asked Reina María what she would say to members of the National Assembly who are considering voting on the changes to Law 779. “Mediation doesn’t decrease the violence…the violence continues and sometimes gets worse. Members of the Assembly should support women, make us count, and not condemn us to carry on living in violence,” she said.

If the changes to the law go ahead, it will send a signal that women’s lives are not a priority for the Nicaraguan state, and there is no doubt that women in Nicaragua will be at more risk.

As I left Reina María, I imagined for a moment what might happen if the members of the National Assembly show the same bravery that she has:

The law would stay as it is. Nicaraguan Assembly members would protect victims and fully resource and implement Law 779, And there would be a resounding “no” to mediation a definitive refusal to weaken protection for women in Nicaragua. 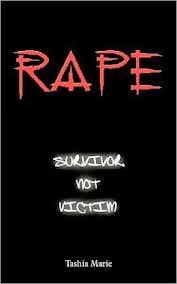