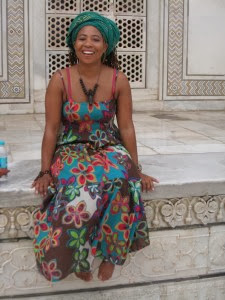 Relationships and family lives are often glossed up by society and the media as though that is the reality for everyone, yet if we really held the mirror closer against our own society, a disturbing picture of abuse and sometimes violent reality emerges. In the midst of all this are children, who in the absence of any structured and meaningful love and guidance at home, go on to develop mal-adaptive behaviors that will shape their lives and personalities as they develop.

In turn parents may develop poor, authoritative parenting skills, or plain abuse and neglect as the ripple effect of this trauma begins to manifest itself into complex family problems. Some of the effects of this trauma will have lifetime effects and reproduce themselves in future generations.

Over the years I have heard comments such as ‘why doesn’t she just leave’ or stereotypical comments such as ‘that’s how African men treat women.’ Some of these comments are silent; some come from within ourselves, and some from within our own African communities. Although there is a wide body of initiatives and guidelines to further our knowledge on domestic violence, in fact very little is known or has been explored about the context in which African women and men suffer domestic violence.
The reasons some African women in particular may take time to disclose if at all, may well be embedded in the context of their cultural values and beliefs, which may fuel fear and anxieties to disclose. There are further fears about who to disclose to and the impact of disclosure if the abuser is the breadwinner who may be male or female.

For example women who are breadwinners may suffer from domestic abuse as the role reversal dynamic may leave some African men disempowered, masculinity being so culturally relevant in our African culture. Equally there is a cultural stigma within our society against women who choose to leave relationships and become single, and this stigma further isolates them from close families. The process of dowry/lobola is deemed as a respectful process that binds families, and has traditionally worked well in most African cultures, however in vulnerable individuals might be compelled to stay within the relationship because of the cost of the lobola. Abusers may sometimes use this against them, ‘I paid a lot of money for you, so you have to stay’ and so some women feel compelled to put up with the abuse as it escalates.

There are some prevailing and deeply rooted beliefs and values within some African people that one should stay within the marriage, regardless of levels domestic violence because that was the tradition in the past. Women before them stayed so that the children could have a meaningful family structure, and therefore become more socially accepted, and so they carry these beliefs with them. It is this very aspect of dependency along with other social variables such as poverty, low income, low education levels, underlying physical and mental health problems which increase their vulnerability and fuels domestic violence and there begins the cycle of violence.

Some abusers strategically pick their partners well, they are attracted to particularly vulnerable individuals who may have underlying disabilities and social issues such as immigration problems, some with poor language and employable skills, or poor family support. Some are bound by strong cultural bonds to stay in relationships, and there may even be religious reasons as to why others stay within marriages. Witchcraft beliefs and witch craft brandishing are real issues within African communities and in desperate situations some may try to find causes and meaning of events in the context of witchcraft. Children in particular are vulnerable to being accused of being witches and therefore being the cause of disturbance in the home and family life. Other abusers may threaten to use witchcraft on victims if they leave them, and this becomes the reality of their beliefs and experiences.

Young vulnerable girls who associate with gang members are experiencing violence and sexual exploitation and some will be exposed to domestic abuse within and outside the home. A large proportion of these vulnerable girls come from the black community. This is particularly concerning.

The door may be left ajar, but it takes time, bravery, sometimes extreme intolerable suffering before sufferers calls it an end. Some have paid the ultimate price of death by domestic violence. For those who do call it an end, the long journey of traumatic recovery begins and some may have to walk this long road alone, due to cultural isolation, because some in our society will continue to ask ‘why did you leave your husband’. Some family members view this as deviant, rebellious and uncultured.

Some will seek advice and support, however it is most important that those who provide that support, fully understand the cultural context of which domestic violence occurs within African families. Professionals must develop culturally adapted interventions that validate and are responsive to African communities needs and in particular in safeguarding children and vulnerable individuals affected by domestic violence in our society.