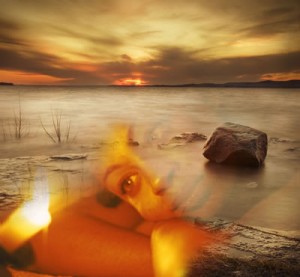 “All men are rapists and that’s all they are. They rape us with their eyes, their laws, and their code,” said Marilyn French, U.S Novelist and feminist.

Incessant rape incidences all over Nigeria have assumed a disturbing dimension and have also become a daily occurrence and a fundamental issue affecting women and the girl child development in the country. Today, of all women’s fears, that of being raped is the darkest. Though a global phenomenon, the appalling side to our experience of its menace has to do with the impunity of the perpetrators, lacklustre response of justice administrators and absence of institutional supportive system to help the victims.
Moreover, of deep concern to discerning minds is that who can perpetrate it, how and where it can take place is no longer restricted as it has happened in virtually all places inclusive of places hitherto considered as sacred. The rape menace in our society reflects the extent to which women’s human rights are threatened and calls to question not only our sense of justice but our civilisation.
The crime of rape takes away from the victim human rights such as right to life (as it leads to death in some instances), right to dignity of human person, right to personal liberty and security of person and right not to be subjected to torture or other cruel, inhuman or degrading treatment or punishment. It is a crime against basic human rights and also violates the victim’s most cherished of the fundamental rights – the right to life.
Women (adults and children) who are raped suffer a sense of violation that goes beyond physical injury. They may become distrustful of men and experience feelings of shame and humiliation. Victims who suffer rape trauma syndrome experience physical symptoms such as headache, sleep disturbance, and fatigue. They may also develop psychological disturbances related to the circumstances of the rape, like intense fears. Fear of being raped has social as well as personal consequences. For example, it may prevent women from socialising or travelling as they wish while a worried and unenlightened parent can use it as an excuse of limiting educational progress of the girl-child.

The big question, of course, is why do some men rape? Most experts believe the primary cause of rape is an aggressive desire to dominate the victim rather than an attempt to achieve sexual fulfillment. They consider rape an act of violence rather than principally a sexual encounter. This, it must be stressed, is the opinion of experts. But one is of the opinion that besides the desire to dominate, rape can also be situated in the state of mind of the perpetrators.

The brazen manner rape is often committed indicates that perpetrators still have a Stone Age view of women as chattels who are to be used without independent thoughts. It also portrays some as pure lunatics. Or, what do we think of such reported cases of one Mr. Temitope Alo who raped eight kids, whose ages range from eight to 15 years, at Koloba area of Ayobo in Lagos recently? The pedophile lured the children to his apartment where he reportedly defiled and threatened to kill them if they reported the matter. Nothing is more horrifying than the terror, the suffering, and the revulsion of the poor girls, ignorant of the facts of life, who found themselves raped by a brute. The forcible rape of these minors happened few weeks ago just like that of a 20-year- old lady who was allegedly raped and had her lip slashed off by two men as reported in the Daily Sun of October 5, 2012. There was also the abominable case of a father who raped her 12-year-old daughter as equally reported in theDaily Sun of October16, 2012.

The rate at which rape cases now occur in the country is becoming quite alarming. Headlines such as: “Gombe worried over rampant rape cases”; “19 women raped in Benue camps for flood victims” among others, have become a defining feature of some of our national dailies in recent times. The gory sight of men raping helpless flood victims in their distressed condition seriously questions our humanity. In the first instance, these hapless women are at the camp by virtue of being raped by non creative and visionless leaders. They are also victims of rape by our justice system and “on your own” attitude of the masses.

Cases of security men especially policemen ‘re-raping’ rape victims have not been lost in our memory either. Most often police officers are said to ask rape victims irrational and discouraging questions.

As might be expected from the lack of concern about this act of violence against women, precise and reliable statistics concerning rape are not available. Rape has also remained an under-reported crime. This is due basically to insensitive, and sometimes, hostile treatment by law enforcement personnel. Health centres are another culprit in double or more correctly, jeopardy, rape victims are suffering in this clime. Many health workers are insult givers rather than care givers when it comes to rape and other violence against women.

The health workers have been trained to serve as change agents through which statistic on rape and other forms of violence can be obtained. Documentation by health facilities can be useful as evidence to get a no contest order in criminal proceedings against perpetrators.

The state has also courted the Lagos Police Command in this regard. Parley with police on gender violence has become a yearly activity in the state. While one cannot say this has drastically impacted on the fight against rape, it is undoubtedly a step in the right direction. Speedy dispensation of justice is also vital to the drastic reduction in cases of rape.

On a final note, it is important to commend the activities of some Non-Government Organisations in addressing gender violence like rape. Project Alert, Constitutional Right Project BAOBAB for women’s Human Rights and other similar groups are doing much in creating awareness and practically getting involved in ensuring justice for women where their rights are violated.

#Yemen! A wedding, a funeral or a cover-up?

Volunteer Of The Month (April)