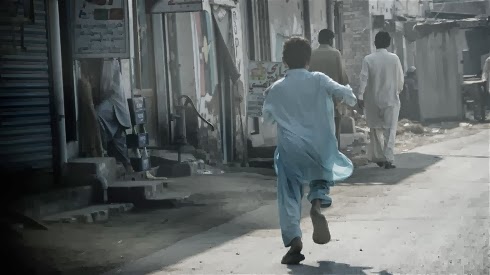 It is a fact few are willing to face, but each year hundreds – perhaps thousands – of children under 18 in Pakistan are raped or sodomized, and the situation is either getting worse or being more widely reported.

According to the Islamabad-based NGO Sahil, there were 3,861 child sexual abuse cases in 2012 – a 17 percent increase on the previous year. The data is drawn from NGOs monitoring the situation, child abuse helplines and Sahil’s own media monitoring.

But, as in many parts of the world, abuse is probably under-reported. “In our conservative society rape is a taboo,” Shiraz Ahmed, survival support officer at Karachi-based NGO War Against Rape (WAR), told IRIN. “People do not talk about it, including the victims themselves.”

WAR has documented a number of cases of rape, some involving very young children, and also detailed the reluctance of victims to speak out, and their difficulties in obtaining justice when they do.

But there is some evidence attitudes may be changing. Following the brutal rape of a five-year-old girl, Sumbal, in Lahore on 13 September, there have been widespread protests; arrests have been made; the matter has been taken up at the highest levels of government; and a campaign has started on social media seeking justice for the child. She had been dumped outside a large hospital after the rape.

“Certainly, the Sumbal case and the amount of media attention it received has focused attention and raised awareness about the issue of rape and child sexual abuse,” Habiba Salman, programme officer/media at Sahil, told IRIN.

She also said that “more cases” of child rape were being reported after the Sumbal incident from across the country.

In a separate recent case, protesters took to the streets in Faisalabad, where, according to media reports, a four-year-old boy was sodomized by the principal and other staff members of the kindergarten he attended.

Sahil notes that in 47 percent of cases the crime was carried out by an “acquaintance” or a person “known to the victim and his family”. Women had abetted a male abuser in 168 cases.

“I would say somewhere around 10 to 20 percent of all rape cases that take place are reported,” WAR’s Ahmed told IRIN, explaining that the under-reporting was due in part to social pressures, the prolonged legal process, stigma associated with rape, and the handling of cases by police.

Zuleikha Bano*, 23, and her mother Abida Bibi, 55, from Lahore, share a dark secret. Eleven years ago, when Zuleikha was 13, she was raped by a neighbour.

Her mother took her to a doctor, who treated the child’s injuries and “stitched back” the hymen, assuring Abida she was not pregnant. The mother says she “told no one what had happened, not even Zuleikha’s father” because of the shame” it would cause him and the rest of the family.

“Of course I will protect my child. But I don’t think I could ever talk to her about sex or rape”

Zuleikha’s facial injuries were passed off as having been caused by a fall from a swing. She was told not to mention the matter and today she is married. She has not, according to her mother, told her husband.

Sahil’s Salman told IRIN that while there was media hype around the Sumbal case there had been a general increase in awareness, partly thanks to Sahil.

“We give trainings to people, including primary school teachers in orthodox areas like Khyber Pakhtoonkhwa Province and Jaffarabad [in Balochistan Province] and tell them how to recognize sexual abuse, how to talk to children about it and so on. They do respond and implement in schools what is discussed at these workshops,” she said.

There had also been an increased readiness to discuss the issue more openly, Salman said.

In most schools efforts to broach the topic have met with resistance, but attitudes, especially among the young, may be changing.

“People in my generation are quite willing to talk about rape and child sexual abuse,” said Hina Abbas, 18, a college student who with her friends has been joining Sumbal-inspired protests in Lahore.

She said the high-profile rape cases in neighbouring India “had led to everyone talking much more openly about rape, molestation, harassment and all that,” adding that some of her friends had been “shocked” to hear about how common sexual abuse of children was in an “Islamic country like ours”.

“The rape of children under 10 is on the rise and in cases of child rape the average age is down from 18 to 14,” said WAR’s Ahmed.

Cramped living conditions did not help, he said. Some Karachi neighbourhoods, for instance, have houses with several families living in them, putting the children living there at particular risk.

While child sexual abuse may be on the front pages and is being more openly discussed than ever before, it is unclear how far attitudes will change in the longer term.

“Of course I will protect my child. But I don’t think I could ever talk to her about sex or rape,” said child rape survivor Zuleikha Bano, now the mother of a one-year-old girl.