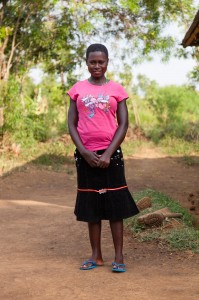 Vescovaginal Fistula (VVF) amongst other things is the end result of child marriage. Some of these girls have to live with this for the rest of their lives, while others get help. The earlier we understand the effects of child marriage –– VVF, education ––  the better. Read Phoebe’s story below.

As children in the U.S. return to the classrooms this month, a young woman in Kenya is also returning to school, grateful to be able to continue her studies once again after being repaired from a condition many of her peers have likely never heard about.

When Phoebe was just 15 years old, she became pregnant and suffered from a condition no woman should have to endure – obstetric fistula, a hole in the birth canal caused by prolonged and obstructed labor.

She is now a fistula survivor who lives in the Siaya District of western Kenya, but her journey to recovery wasn’t easy.

Upon becoming pregnant at such a young age, she was unable to continue going to school. Phoebe lives in a rural area far from the nearest hospital, so when her labor began she decided to stay at home.

After 20 hours in labor and no progress, she finally made the long trip to the nearest hospital, however, once she arrived they had no ability to provide an emergency cesarean section. She was referred to another hospital, but by the time she got there, it was too late. She delivered a stillborn baby.

Not only was the young girl devastated by the heartbreaking experience, but when she returned home she discovered she was leaking urine uncontrollably – a common symptom of obstetric fistula. Neither she nor her family understood what she was suffering from and they waited for it to go away.

Finally, after a year of suffering with the condition – which made it very difficult for Phoebe to carry on a normal life – she traveled to Jaramogi Oginga Odinga Teaching and Referral Hospital (JOOTRH) in Kisumu, Kenya, where she was screened and booked for treatment with the support from Direct Relief’s Kenyan partner organization, the OGRA Foundation.

Phoebe had a successful fistula repair operation and she feels relieved and happy to no longer be leaking urine. She is excited to go back to living a normal life and hopes to resume her studies now that she is healed.

Courageous women like Phoebe are the reason why Direct Relief is committed to ensuring others like her have a chance at hope and healing by providing its partners like the OGRA Foundation with the medical supplies needed for repair surgery.

Direct Relief continues to grow its program to support health and hope for women affected by fistula with a goal of enabling 10,000 surgeries over the next three years.