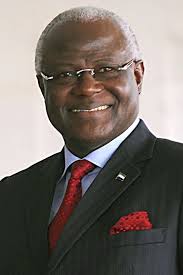 “He is facing counts of rape, wounding, wounding with intent and assault. He has been denied bail and is currently in Pademba road prison,” the inspector general of police Francis Munu said on Tuesday.

Tarawali was sacked last week after he was accused of rape. He was in court on Monday to hear the charges read out and denied the accusations, police said.

Police said a complaint was filed by a 24-year-old student at the University of Sierra Leone in Freetown who said she was raped by Tarawali in a private residence.

Sierra Leone is recovering from years of war, during which sexual violence committed by fighters against women and girls was widespread.

Every Form of Violence is About Power