Beware of Doctors Too!!! Indian Doctor Found Guilty of Rape Charges in Australia

Beware of Doctors Too!!! Indian Doctor Found Guilty of Rape Charges in Australia 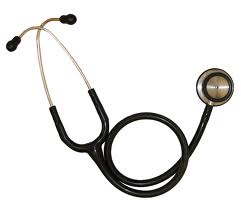 A rapist can be anyone; a friend, family member, teacher, partner and even a doctor!
A 39-year-old Indian doctor was on Tuesday found guilty by Australian Supreme Court of raping two women during consultations, even as he pleaded not guilty to the charges.

Manu Maimbilly Gopal was arrested on March 1 at Melbourne International Airport while waiting to fly to Kochi after contacted by local police about the sexual assault claims.

Gopal was accused of digitally penetrating two women after telling them they needed internal vaginal examinations when they complained of abdominal pain during separate visits to a Sunbury medical clinic in February last year.
He was found guilty after a two-week trial. Justice Geoffrey Nettle remanded him for a pre-sentence hearing on September 26, according to ‘The Age’ newspaper.

The report said that Gopal took his first victim, an 18-year-old full-time student suffering from stomach cramps, to the consultation room and locked the door.

“(The young woman) told you that she didn’t understand what the internal examination would involve, where it was going to be,” Crown prosecutor Lesley Taylor said in her closing address to the jury.

The examination took up to four minutes and Gopal did not take notes.

The victim after the examination said she “crumbled” and her boyfriend had to hold her up as she cried uncontrollably.

“She said the perfect word to describe how she felt was violated,” Taylor said.

The other victim was a mother of four who went to see the doctor because of bad pain to her right side.

Gopal told the woman that her symptoms could have something to do with her ovaries and he needed to do an internal examination.

The woman asked if it was really necessary but Gopal insisted. In this also, Gopal made no notes of the vaginal examination.

Culled from Times of India
0 Likes

Rape, Incest & The Culture Of Silence In Nigeria