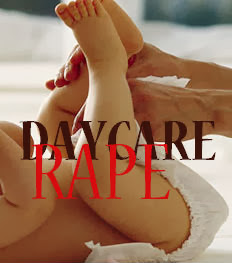 Parents, what kind of daycare do you take your children to? Please beware of daycares too biko!!! What is the world turning to? Don’t people have the fear of God? How can you look at the innocent face of a baby and think “I should fulfil my sexual pleasure by having carnal knowledge of this child?” These kids were put under your care based on TRUST! Are you a daycare center owner and reading this, check ur staff, better still don’t be found in this ACT!
Police say they have video of Heather Koon, 25, having sex with a baby. The video was found on Koon’s laptop.

“I still haven’t wrapped my mind around it. It’s every parent’s worst nightmare,” said the baby’s father, who wants to remain anonymous.

“They tried to act like it was a simple assault. A few hours later they called us back again and asked us to keep it discrete,” said the dad.

Police arrested Koon after checking up on her boyfriend, James Osborne. Osborne is listed on Lorain County’s sex offender website as living at another address. Police arrested him and confiscated a laptop found in the apartment. A police report shows it belonged to Koon and contained a video file of her “engaging in sexual conduct with an unknown infant”.

Police had to figure out who the child was.

“They showed us still photos,” said the father.

Osborne and Koon are in the Lorain County Jail waiting for their day in court.