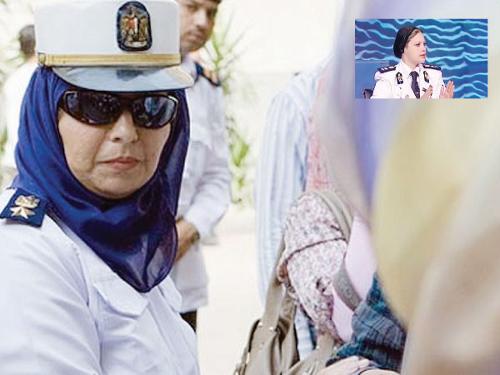 As several countries are making efforts to combat sexual harassment and violence against women and girls, a country like Nigeria hasn’t made much effort in this regards. The Nigerian government has mobilize female police officers to help rape survivors feel comfortable to speak about their ordeals. Full story below.

Many Egyptian women here have welcomed the government’s decision earlier this year to form a special unit of female police officers to combat harassment and violence against women.

The unit consists of 10 qualified female police officers. Some of them are professors of psychology and neurological diseases and social service. The officers will travel to the US soon to get training in combating sexual crimes and violence against women.

“Male officers probably cannot deal with the mental state of a victim of sex crime. Many of the victims are afraid to seek justice. Part of the unit’s task is to convince the victims to defend their rights and seek justice against the harassers,” Col. Manar Mokhtar, a female police officer at the unit for combating violence against women, said in an interview with Egyptian Al-Hayah TV channel.

Captain Rehab Abdul-Latif, another female officer at the unit, said they help the victim to face society and to understand that she is a victim, and she should not be ashamed about it.

“Many of the cases go unreported because of the pressure the victim faces from her family,” said Rehab.

“In the unit we listen to them and convince them that they are victims not perpetrators,” she added.

Many Egyptian women said that the new unit will restore confidence in women facing harassment and will help in limiting such cases.

Israa Mohamed, a 23-year-old Egyptian woman working in the communication sector, said she faced harassment many times in public transportation. She didn’t report the cases to police because she was embarrassed to report it to a male police officer.

“I faced sexual harassment twice in public transportation despite the fact that I was wearing the hijab and dressed decently. Harassers do not care what you are wearing. I think in the presence of female police officers many woman will report such cases,” she said.

Nourhan Sharaf, a 20-year-old university student, believes that the female police unit will encourage her to report any violence against women “It’s great to have female officers. We’ve been calling on the Ministry of Interior since a long time to establish such a unit,” she said.

Volunteer of the Month (August)