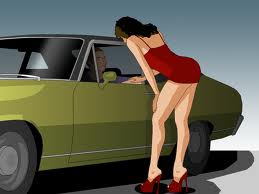 A 38-year-old Indian man in the United Arab Emirates (UAE) has been charged by a court in Dubai with trafficking his own wife and forcing her into prostitution. The man, identified only by the initials of his name AS, brought his wife to the UAE in 2011 and threatened to kill her and their three children if she did not get involved in prostitution, The National newspaper reported Monday.

According to the report, AS would bring a friend, also an Indian and identified by the initials EK, to his home and force his wife to sleep with the latter. AS was charged with human trafficking while his friend EK was charged with having sex with AS’s wife on several occasions against her will. Both men denied the charges in the Dubai Criminal Court Sunday. While the woman and the children have been taken to the Dubai Foundation for Women and Children, the court has fixed Sep 25 for the next hearing in the case.
0 Likes

Injustice! Pastor Who Claimed He Raped Teenage Boys to Keep Them “Sexually Pure” Will Not Serve Jail Time