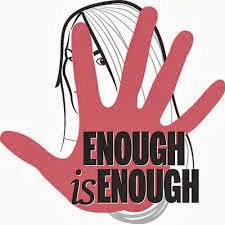 A friend of mine (names withheld) reached me and invited me to come to Benin City for an event. I have known him since 2011 so I thought nothing of it. Like no harm can be done after all we go way back and stuff. So I booked my ticket from Lagos and I flew to Benin. The event took place on the 13th, which was a Sunday and we went to a hotel in GRA Benin to chill afterwards. He had a Suite there. We were with other friends, we all talked, laughed, gisted and all until about 10 p.m. Everyone started leaving gradually, I wanted to call a cab to take me to my own hotel, but he kept on insisting on dropping me. I was like it is even better, I would save my cab fare.

So I had to wait for everybody to leave before he could drop me. Every body finally left and I was about to stand up to leave but he kept on insisting that I should stay and I kept on saying it was late that I have to travel back to Lagos the following day because of work.

Then when I stood up angrily to go and get a cab, he pulled me, slapped me and asked me to sit. I thought it was a joke at first because I just couldn’t believe it. Then I took my phone to call out and he seized them saying I am not going anywhere. He tied me up in his hotel, stuffed my mouth so I couldn’t scream. He raped me over and over. He said his baba said I was the perfect candidate for his rituals and for his upcoming elections to take place properly next year. I was shocked, I couldn’t even believe it.

I have heard stories never thought I would have seen it first hand. Every 2 hours of everyday I was raped, mishandled and rough handled. I was helpless. I wept and cried all to no avail because no one could hear me. Then on Tuesday evening he went out and came back and rubbed something on his manhood and said that it was what his baba gave him to use on me when sleeping with me. That I would loose my womb and my good fortune.

I begged, I cried, I did all I could but he refused. One night when he tried to rape me with what the baba gave him, his manhood wasn’t functioning. He tried repeatedly, hit me times without number and then rushed out to meet the baba. He was so much in a hurry he left the door open as he didn’t lock it with the key. I was there waiting for him to get back.

Around 9 a.m. this morning an hotel staff came, they knocked no one answered and then they went down to get the other key only for them to find out the door was even opened from the beginning. And there I was and they helped me out and all. The names he used in filling the hotel forms are all fake. The police are on a hunt for him. His wife is in police custody.

So I want to use this medium to reach anyone that knows anything about him. He calls himself honourable …. (removed and other details too). I just really thank God for life because this is someone I thought I knew and I was certain. God saw me through, it’s not because I am too fine or too holy. This should be a warning to everybody. “You can only be sure of yourself, no one else.”

If you think this story is fake, well peeps, some stories are just too true to be faked. You know I don’t usually cull stories from people’s blogs like that, I just had to share this to educate all the ladies out there. Remember I said, a rapist can be a friend or a family member. Your trust is too valuable, never ever place it in the hands of a man but God.
If you are a rape survivor, please share your stories with us (send to my email Ayodejiosowobi@gmail.com) and we will be glad to help you get justice.
Thanks for reading guys, I love you all.
Edited but culled from Ladun Liadi
0 Likes