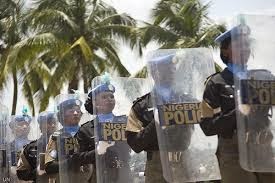 Yesterday, when Punch reported that last year alone, 78 rape suspects were arrested in Osun State; people felt it was good news. But really, how good is this news? If this alarming statistic was recorded in one state alone (not ignoring cases that were unreported), what would be the total statistics on rape for the whole country? This reaffirms that we have a long path to thread on. Some have argued that Nigeria has a rape culture, while some others have stated that the issue of “rape” is being overflogged. The issue of rape cannot be overemphasised because it’s an important issue. The amount of rapists unleashing their madness on girls is on the rise.

This isn’t targeted at rubbishing the efforts of the Nigerian Police — of course they have done an excellent job, but how many of these suspects have been prosecuted? Was justice meted in each case? Has the police department tried to help those victims of rape in cases of medical examination and couselling?

This report importantly serve as a reminder of the amount of girls, who get defiled on a daily basis. Imagine how many minors were defiled by this “inhumane beings.” Take a second to think about the scars they have left in the hearts of our little angels.

When you think of the fact that most rapists have sisters and daughters whom they guard closely from every form of abuse, it’s apparent that they are aware of their actions. On the other hand, some rapists don’t even protect theirs. They hurt and abuse their own children and this makes one wonder “if our society is cursed? Why is rape entrenched in our society?”

The question then is, “what can be done to achieve a total change in the hearts of men? How can we reach out to prospective/ rapists and educate them on the consequences of their actions? Are we approaching this rape issue from a wrong dimension or is this already a lost battle?”

We would love your contribution as this issue isn’t about us, it concerns everyone!