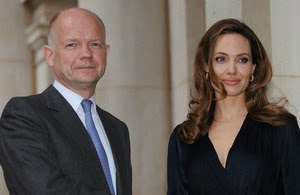 Countries will be able to continue to add their endorsement to the Declaration until October 4th.

The Declaration contains a set of practical and political commitments to end the use of rape and sexual violence as a weapon of war, which terrorises and destroys communities during conflict. The Declaration sends an important message to the victims of these crimes that the international community has not forgotten them, and to the perpetrators of rape that they will be held to account.

I am delighted that so many countries have supported this Declaration: a clear majority of the members of the United Nations. This is a milestone towards shattering impunity for those who commit horrific sexual crimes during times of war.

Next year the UK will host a major conference to increase international momentum around this issue. The conference will bring together governments with representatives from civil society, judiciaries and militaries from around the world.

This Declaration, endorsed by so many countries, marks a true global change in attitudes to warzone rape and sexual violence. It is the clearest statement we have heard, ever, that the international community must and will confront these crimes.

Help for Sexual Assault Survivors: Where to get started